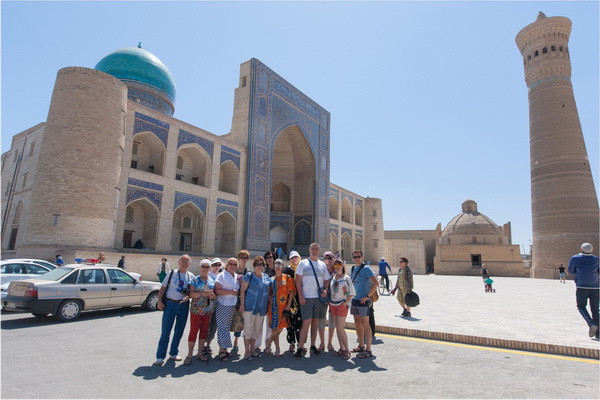 Rostourism: about 700,000 guests from Russia are expected in Uzbekistan

Rostourism: about 700,000 guests from Russia are expected in Uzbekistan

Tashkent, Uzbekistan (UzDaily.com) -- Rostourism predicts an increase in the number of tourists from the Russian Federation to Uzbekistan this year up to 700,000 people, which is 30 percent more than pre-Covid indicators, and this is the most developed air route in the entire post-Soviet space, the press service of the agency said.

In 2019, Russians made more than 520,000 trips to Uzbekistan. According to the forecasts of the department, this year the number can grow by 20-30 percent - up to 700,000 people, and in the medium term in the future of three to five years, reach the level of two million trips per year.

The popularity of Uzbekistan among Russians has already grown significantly, the department says. According to the results of the May holidays, he entered the top three most popular destinations for foreign holidays among travelers from the Russian Federation.

According to the head of the Federal Tourism Agency, Zarina Doguzova, this is facilitated by both the current visa-free regime and the removal of all restrictions on direct flights.

“Today, Uzbekistan is actually the most developed air destination in the entire post-Soviet space: the number of bilateral flights per week reaches 100,” she explained.

Rostourism, according to Doguzova, has already begun work on new charter destinations and tourist routes with foreign colleagues.