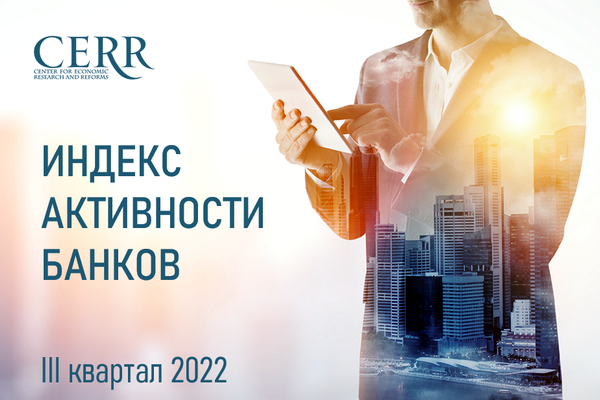 CERR updates the rating of the most active banks in Uzbekistan. What changed?

CERR updates the rating of the most active banks in Uzbekistan. What changed?

Tashkent, Uzbekistan (UzDaily.com) -- Khalq Bank showed the greatest increase in activity, which rose four positions at once in the overall rating from 16th to 12th place. Ipotekabank for the second quarter in a row shows a decrease in activity, so the bank lost three positions and moved from 5th to 8th place. Closes the rating of large banks "Asaka Bank", which continues to hold the last line in its group.

The Center for Economic Research and Reforms (CERR) has updated the Banking Activity Index for 31 commercial banks in Uzbekistan. On its basis, a quarterly rating of banks is compiled.

The study is being conducted to monitor changes in the share of the private sector in banking assets, as well as to assess the effectiveness of reforms and transformation processes in the country’s banking sector.

In the study, banks are divided into two groups - large and small. For each of the groups, a rating was compiled. At the same time, the group of small banks includes banks operating only in Tashkent (or only in one region).

Activity rating of large banks for the third quarter of 2022

Kapitalbank once again topped the activity rating of large banks in the third quarter of 2022. It was followed by "Hamkorbank", and in third place - "Trustbank", which dropped one point.

Among 17 large banks, Hamkorbank demonstrates moderate growth for the second quarter in a row, the bank again climbed one position, taking 2nd place in the overall rating. The bank improved its results on capital adequacy by 3 points and showed good results (+1 point) on financial inclusion, quality of assets and management, as well as liquidity. At the same time, the results of the rating show that the bank should pay attention to the indicators of financial profitability, which remained unchanged.

Of the large state-owned banks that are in the process of transformation, Ipoteka-Bank lost three points at once and dropped to the 8th line of the rating. This bank has shown a decline in financial intermediation for the second quarter in a row, which indicates the need to further increase the ratio of term deposits to loans, improve the efficiency of using funds received from other banks and financial institutions, as well as obligations to the Ministry of Finance. The bank’s low financial liquidity indicates a decrease in the ratio of highly liquid assets to total assets.

Despite the fact that Asaka Bank’s indicators on financial intermediation and capital adequacy have slightly improved, this bank still occupies the last line in the overall rating.

Among the 14 small banks, the Top 3 remained unchanged, so in the third quarter of this year leadership is held by Davrbank, Universal Bank and Ziraat Bank, once again strengthening their positions.

In this quarter, TBC Bank made a very impressive jump, which climbed five lines at once in its group. In particular, it significantly improved financial capital adequacy (+7) and asset quality (+6), which indicates the bank’s active work with the population and business representatives. The analysis showed that compared to the previous quarter, the bank’s capital adequacy ratio is 2.3 times higher than the minimum norm of the Basel Committee (norm 0.13). In addition, the share of problem loans TBC Bank decreased significantly compared to the previous quarter to 3%, which is below the average for the banking system (5%). However, the results of the rating show that the bank should pay attention to management efficiency and profitability.

In Uzbekistan, the banking system is still in the stage of active development and is preparing for the privatization of state-owned banks. The share of the state in the banking sector is planned to be reduced from the current 82% to 40% in 2025.

The ongoing changes and the growth of the competitive environment in the banking system indicate the need for further development of private banks, in particular through the search for innovative financial products and services.