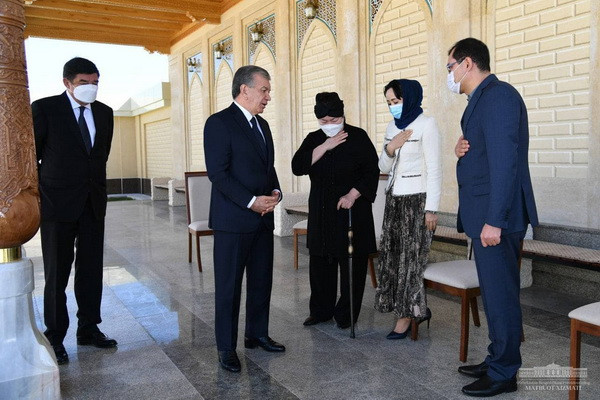 Tashkent, Uzbekistan (UzDaily.com) -- President of Uzbekistan Shavkat Mirziyoyev arrived in the Republic of Karakalpakstan on 21 September.

The head of state first visited the mausoleum of Musa Yerniyazov at the Shorsha Baba cemetery in the city of Nukus.

Surahs from the Koran were read.

By order of the President of our country, a mausoleum was erected in honor of the deceased, which became one of the comfortable complexes.

Then the head of state went to Bozatau district.