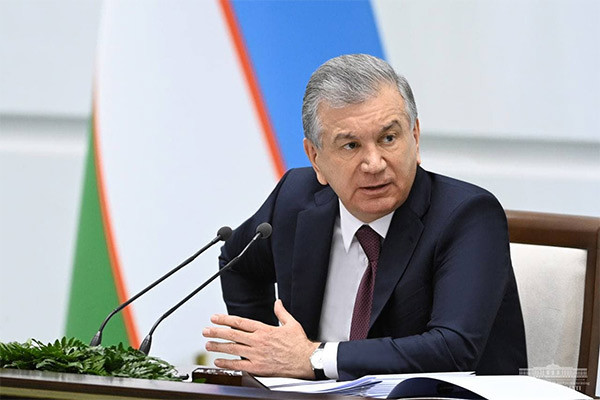 Tashkent, Uzbekistan (UzDaily.com) -- Samarkand hosted a meeting of the regional representatives with the participation of the President of the Republic of Uzbekistan Shavkat Mirziyoyev. It was attended by heads of ministries and industries, deputies of local councils, representatives of the older generation and youth.

The Head of the state noted that great changes are taking place in Samarkand region, the worldview is changing, and the activity of citizens is growing.

“I always miss Samarkand. I have worked in many places, but the experience I have gained in this region always helps me. Our opportunities were limited. Therefore, every time I come to Samarkand, I ask myself: was it possible at that time to create opportunities such as today? Was it possible to build a modern complex in honor of our ancestor Imam Bukhari at that time? We worked with tremendous pain in our hearts, waiting for this to happen. Now times have changed, people no longer need to live like yesterday. The most important issue is that the heads of local executive authorities should work following today’s energetic, intensive time”, Shavkat Mirziyoyev said.

The President noted that now the priority task is to make the future of Samarkand better and enhance opportunities for young people.

“2020 was not an easy year, even the economies of the leading powers faced great challenges. This year, if we redouble our efforts and act with an eye to tomorrow, we will be able to implement our plans. But if we do nothing, waiting for someone to do it for us, we will never achieve the result”, the President said.

It was emphasized that in this year of the 30th anniversary of the independence of our Motherland, it is necessary to form a clear vision of Samarkand region’s development.

The Head of the state outlined five areas that will allow using the untapped potential of the region. These are industry, transport logistics, large industrial greenhouses, services and tourism. Measures that need to be taken in these sectors were outlined, and responsible persons were identified.

In particular, in the energy sector, it is planned to implement 8 major projects worth US$974 million and introduce generating capacities for 6 billion kilowatt-hours per year, which will save 1.8 billion cubic meters of gas. At the expense of US$100 million investments of Total Eren in December this year, a solar photovoltaic station with a capacity of 100 megawatts will be commissioned in Nurabad district.

The President gave instructions to implement the regime of FEZ throughout the territory of Urgut district, to organize its branches in the rest districts of the region. It was reported that a holding company will be created in Urgut FEZ.

The instruction was given to establish intensive orchards and vineyards with a total area of 8 thousand hectares in Kushrabat, Ishtikhan and Urgut districts and to employ more than 4 thousand people. It was noted that it is possible to create another 4 thousand jobs in animal husbandry, 12 thousand jobs in silk production.

As it was noted at the meeting, the main task remains to reduce poverty by critically studying the problems and opportunities in each mahalla, involving the population in entrepreneurship and self-employment.

Tasks for the development of education and healthcare, systematic work with young people, were also set.