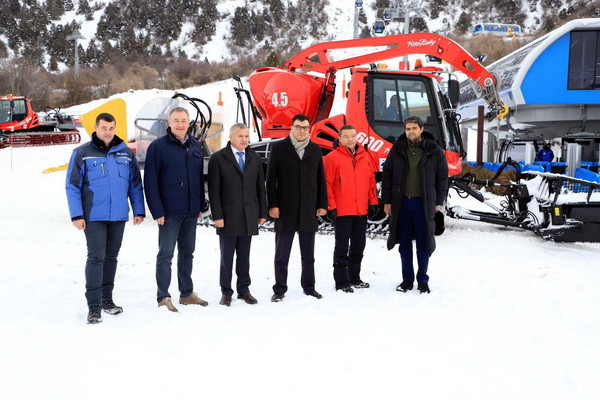 The parties discussed the development of cable cars in Uzbekistan. It should be noted that on 25 November, Doppelmayr’s technical specialists visited Bostanlyk and Zaamin districts in order to study the area for the construction of new ropeways.

According to Aziz Abdukhakimov, two gondola-chair-type cable cars and three lifts for servicing ski slopes will be built in Zaamin. In Amirsoy, it is planned to additionally build a gondola-type cable car, several lifts that will serve the ski slopes.

In addition, it is also planned to build two observation gondola cable cars. As part of this mission, negotiations were held to accelerate these projects. Doppelmayr technicians arrived and began topographic surveys, engineering survey and geological works, on the basis of which the routes of the cable cars and chair lifts were determined.

Following the meeting, an agreement was reached on signing a memorandum on cooperation on the development of cable cars in Uzbekistan, in particular in Bostanlyk and Zaamin regions. The Austrian company "Doppelmayr" specializes in the production of cable cars and equipment for them: chair lifts and gondolas.

The company pioneered the production of the 3S three-rope gondola in Kitzbühel (Austria), Koblenz (Germany) and Whistler-Blackcomb (Canada). It also brings a number of innovative products to the market, such as heated lift seats.