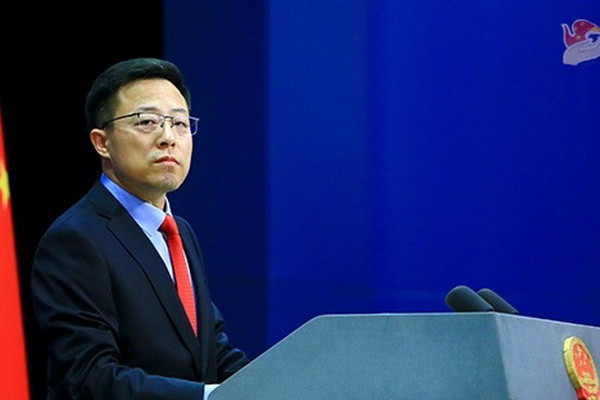 Chinese Foreign Ministry: Stabilization of the Chinese economy is favorable for the world market

Chinese Foreign Ministry: Stabilization of the Chinese economy is favorable for the world market

Tashkent, Uzbekistan (UzDaily.com) -- At a regular press conference on 19 November, the official representative of the Ministry of Foreign Affairs of the PRC Zhao Lijian noted that the stabilization and growth of the Chinese economy will undoubtedly have a positive impact on the world economy and give impetus to its recovery.

Recently, the International Monetary Fund (IMF) made a forecast that in 2020, of the 50 largest economies in the world, only 4 economies, including China, will achieve positive growth in per capita GDP. In 2024, China’s GDP per capita will double again, and in 2025, China’s per capita GDP will rise to 70th in the world.

Commenting on this forecast, Zhao Lijian noted that these data clearly demonstrate that the international community is optimistic about the prospects for China’s economic development and recognizes its achievements in the socio-economic sphere.

The diplomat noted that over the 3 quarters of 2020, the Chinese economy returned to positive growth. GDP amounted to 72 trillion yuan, an increase of 0.7% over the same period last year. Economic growth may pick up in the fourth quarter.

China’s economy has shown strong resilience and tremendous resilience. International organizations generally believe that China will become the only leading economy in the world to maintain positive growth this year.

China will more actively integrate into the world market, deepen external cooperation, and create more opportunities and space for the revival and development of the world economy.