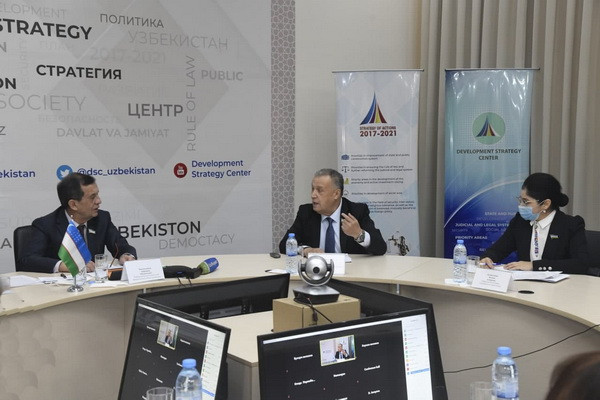 Tashkent, Uzbekistan (UzDaily.com) -- On 13 November 2020, a meeting of the working group of the Nafosat festival was held to promote the culture of Uzbek national clothes.

It was attended by members of the Senate of the Oliy Majlis of the Republic of Uzbekistan, the Commission for Ensuring Gender Equality, representatives of ministries and departments, as well as the media.

It was noted that the culture of clothing is a unique reflection of human spirituality and in many ways reflects the character, worldview and values of a person. In this respect, the peculiar style of clothing of our people at all times demonstrated such qualities inherent in our people as neatness, modesty and striving for beauty.

The participants of the event emphasized that these aspects are of current importance today. The "Nafosat" festival, which will be held from November 20 to December 20 this year, is aimed primarily at uniting our national values and modern fashion trends in women's clothing, the formation of Uzbek national fashion, taking into account freedom of conscience and religion.

The first stage of the festival will take place in Bukhara. It will be attended by specialists and representatives of the general public from Bukhara, Navoi, Kashkadarya, Surkhandarya, Jizzakh, Samarkand regions. The subsequent stages will take place in Fergana and Khorezm regions, and the final stage in the city of Tashkent.

Within the framework of the festival, round tables, competitions and other mass events will be organized.

It is also envisaged to organize propaganda and agitation work among young people with a call to confront the negative consequences of "mass culture" alien to our values and views.