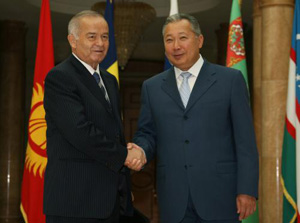 The protocol was signed on 15 January 2008 in Tashkent, Uzbek capital, and it says Kyrgyz Republic will repay debt for US$8.58 million in 2008-2009. At the same time, Uzbekistan will acquit unsettled interests and fines.

Kyrgyz Republic will save about US$4.1 million of budget resources, which should be directed to debt service.

Kyrgyz President Kurmanbek Bakiev signed a law on ratification of the protocol in July 2008.

Foreign Ministry of Uzbekistan was entrusted to direct corresponding note to the Kyrgyz side on implementation of all necessary internal procedures on entering into force of the international agreement.