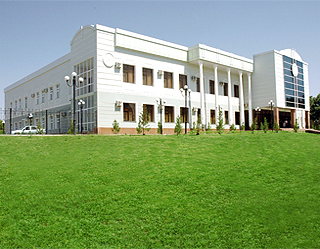 Modern demands and requirements of tourism market were taken into account in construction at the Hotel “Yosh Sayyohlar”.

New hotel has 45 rooms, which were constructed in line with traditional national and modern architecture. The hotel has sport hall, Internet access and other modern communication means.

Hotel rooms were equipped with modern equipment and furniture, produced in Uzbekistan. The hotel has conference hall for 100 seats. The hotel provides job to 25 youth.