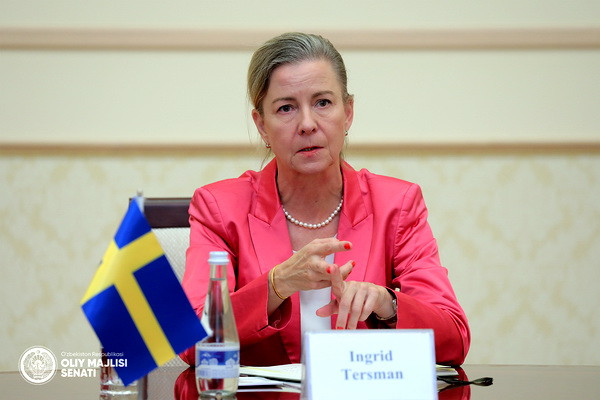 Tashkent, Uzbekistan (UzDaily.com) -- On 20 September 2021, a meeting was held between the First Deputy Chairman of the Senate of the Oliy Majlis Sodyq Safoev with the Ambassador Extraordinary and Plenipotentiary of Sweden to Uzbekistan Ingrid Tersman.

Issues of further strengthening cooperation between Uzbekistan and Sweden were considered, in particular, the development of interaction between parliaments, increasing bilateral trade, implementing investment projects, strengthening cultural and humanitarian ties.

The ambassador praised the policy pursued by the President of the Republic of Uzbekistan Sh. Mirziyoyev on cooperation with foreign countries, as well as efforts to establish peace and stability in the Central Asian region.

During the meeting, issues of mutually beneficial cooperation in many areas of mutual interest were also touched upon.