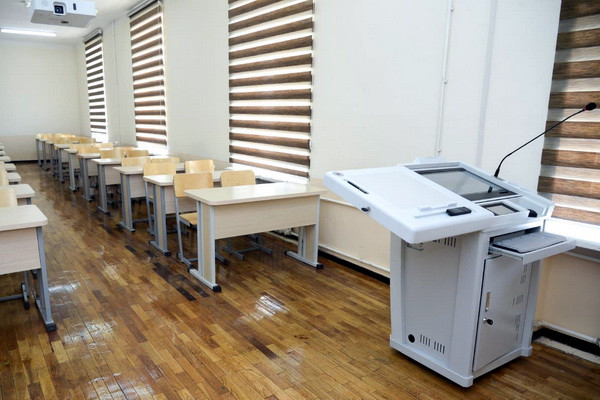 Tashkent, Uzbekistan (UzDaily.com) -- On 7 May 2021, the Tashkent University of Information Technologies named after Muhammad al-Khorezmi (TUIT) and the Samarkand branch, jointly with the Korea International Cooperation Agency (KOICA), held a launching ceremony for an integrated educational information system developed within the framework of the project “Establishment and dissemination of integrated educational information system for Tashkent University of information Technologies".

The event was attended by the Deputy Minister of Information Technologies and Communications of the Republic of Uzbekistan Jamshid Egamberdiev, Director of the KOICA Representative Office in Uzbekistan Sunjin Park, Korean experts(Ubion, Dain Leaders, K2Systems), TUIT rector Babakhodjaev Sarvar and faculties. The project was initiated on the basis of the active development of relations between the two countries in 2017 and the implementation began in 2018 with successful continuation despite the COVID-19 situation.

As part of this project, a Master plan and system design was created, a server room and multimedia rooms for the system were equipped, and as a result,  Learning Management System (LMS), Student Information System (SIS) and a university portal have been established.

Ms. Sunjin Park, Director of the KOICA Uzbekistan Office, noted that “At the time of the significance of online education, we hope that the system and portal designed mainly for professors, university faculty and students, will be actively used. I hope that they will also serve as an exemplary model on the path of digitalization not only for TUIT branches, but for other universities as well".

A step-by-step introduction video in two languages, describing the main functions of the system was also demonstrated at the ceremony.

The system is currently undergoing an experimental test, and online registration for regular courses is scheduled for the fall semester in 2021. The project management organization will continue providing technical support and training for subsequent management over the coming years so that the system can be operated consistently under the leadership of the university.

KOICA intends to continue cooperation with the Tashkent University of Information Technologies to foster professionals in the field of information technologies and strengthen the university's capabilities.