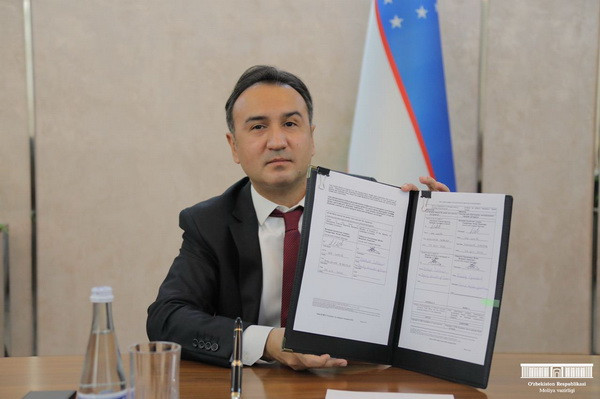 Tashkent, Uzbekistan (UzDaily.com) -- An agreement was signed between the International Financial Reporting Standards Fund (IFRS), an independent international organization that develops and approves unified standards and the Ministry of Finance.

As a result of the signing of this agreement, official permission will be obtained from the IFRS Fund, which develops and approves IFRSs, for the recognition and application of International Financial Reporting Standards in the Republic of Uzbekistan.

During the signing ceremony, Deputy Finance Minister Dilshod Sultanov noted that the introduction of IFRS in the Republic of Uzbekistan is one of the priority areas. It was noted that this will play an important role in the implementation of a long-term strategy aimed at building the capacity of local enterprises, along with the attracting of an investment.

In addition, it will be necessary to ensure regular updating of IFRS standards in the state language. The transition to IFRS is important not only for accountants or market participants, but also for the general public.

IFRS was established on 29 June 1973 as the International Accounting Standards Committee (IASC). In 2010, the IASC changed its name to the International Financial Reporting Standards Fund. IFRS is registered as a non-profit corporation in Delaware, United States, and as a foreign company in England and Wales. Today, IFRS standards are used by most companies in 144 countries.