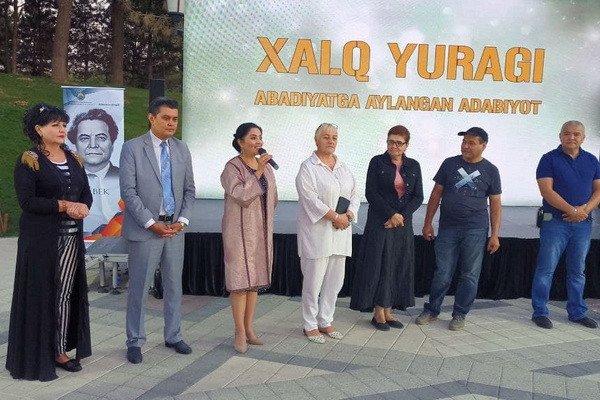 The premiere of a documentary about Aybek takes place

The premiere of a documentary about Aybek takes place

Tashkent, Uzbekistan (UzDaily.com) -- The premiere of the documentary film "Aybek" took place on the Alley of Writers. The film was shot by the "Bayram" studio together with the Tashkent Institute of Textile and Light Industry on the order of the Agency of Cinematography. It is dedicated to the life and work of the people's writer of Uzbekistan Musa Tashmuhammad ugli Aybek.

The film was created in order to fulfill the instructions given by the President of the Republic of Uzbekistan Shavkat Mirziyoyev during a visit to the Alley of Writers and a meeting with filmmakers.

Before the premiere, wreaths were laid at the foot of the monument to the writer. The professors and teachers of the institute delivered their lectures.

Recently there were screenings of documentaries about the life and work of Alisher Navoi, Babur, Abdulla Aripov, Abdulla Kakhhar, Zulfiya. Until 29 September, there will be premieres of documentaries dedicated to Chulpan, Abdullah Qadiri, Muhammad Yusuf, Hamid Alimjan and other writers.