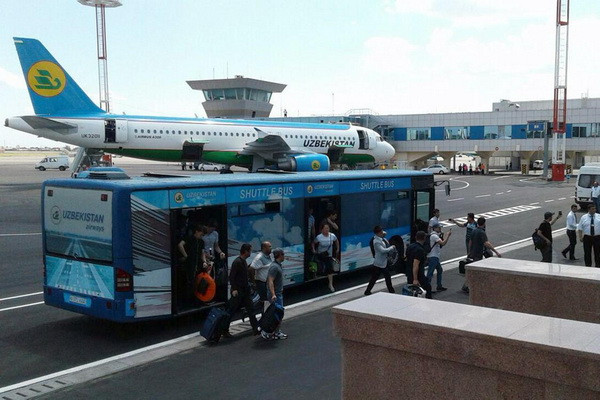 Tashkent, Uzbekistan (UzDaily.com) -- After the weakening of quarantine measures, Uzbekistan Airways began to restore flights to intra-republican directions. Moreover, processes were carried out to increase the frequency of flights and open new intra-republican routes.

- Tashkent - Termez - from 341,000 soums. Flights are operated on Mondays, Thursdays and Saturdays.

- Tashkent - Bukhara - from 215,000 soums. Flights are operated on Wednesdays, Saturdays and Sundays.

- Tashkent - Navoi - from 215,000 soums. Flights operate on Tuesdays and Fridays

- Tashkent - Samarkand - from 114,000 soums, flights are operated only on Saturdays. At the same time, the airline’s schedule includes other flights from Samarkand to the regions of the Republic at fairly attractive prices.

Regular flights are carried out to the Ferghana Valley, on the routes Tashkent - Ferghana, Tashkent - Namangan. Air traffic on the Tashkent-Andijan line, which had been suspended several years ago, was also restored. The cost of air tickets to the cities of the Ferghana Valley is the same for each city - the cost of an air ticket from Tashkent to Ferghana, Namangan and Andijan cost from 127,000 soums.

The airline introduced a new flight connecting Termez with Ferghana. At the same time, the schedule of this route is made as comfortable as possible for passengers of both cities of the Republic - the flight from Termez to Ferghana is performed on Mondays, and from Ferghana to Termez - on Thursdays.

Separately, it is necessary to note the creation of a second hub in Samarkand. Now from Samarkand on a regular basis, in addition to a regular flight to Tashkent, there are intra-republican flights to three cities - Ferghana, Namangan and Urgench. The cost of air tickets is extremely low, the same for all three destinations and starts from 190,000 soums, which contributes to an increase in the level of mobility of the population and the development of domestic tourism in the country. Flights are operated on the following days:

- From Samarkand to Namangan - on Wednesdays and Saturdays.

- From Samarkand to Ferghana - on Mondays, Tuesdays, Fridays and Sundays.

- From Samarkand to Urgench - on Mondays, Wednesdays, Fridays and Sundays.

It should be noted that the passengers can get 3% discount when buying an air ticket through the official website of Uzbekistan Airways.