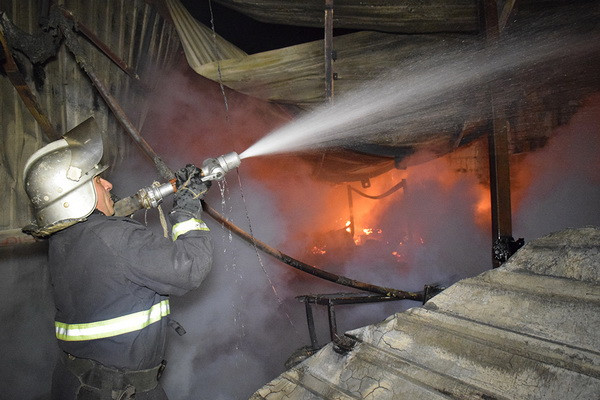 In Andijan, Emergency Situations Ministry rescuers extinguish a fire at a production facility

In Andijan, Emergency Situations Ministry rescuers extinguish a fire at a production facility

Tashkent, Uzbekistan (UzDaily.com) -- The fire started this morning at 08:21 at an enterprise for the production of synthetic winterizer, which is located on Chinobod Street in the city of Andijan.

Literally 3 minutes later, over 10 firefighting and rescue teams of the regional Department of the Ministry of Emergency Situations arrived at the scene of the fire.

The flames covered about 200 sq. m of the object area. Thanks to the prompt actions of the rescuers, the fire was extinguished in the shortest possible time, as a result of which more than 1 thousand square meters of the area of the enterprise was saved from the fire.