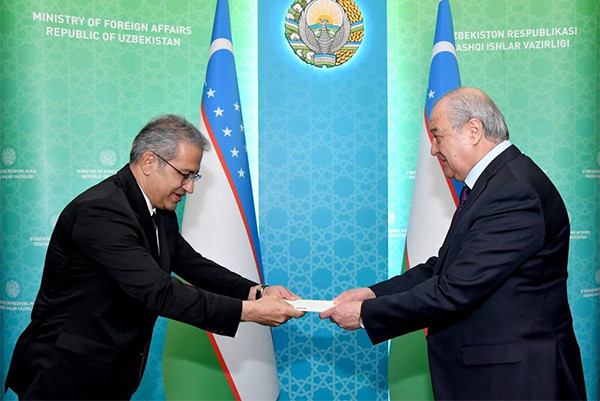 Tashkent, Uzbekistan (UzDaily.com) -- On 5 March 2021, Minister of Foreign Affairs of the Republic of Uzbekistan Abdulaziz Kamilov has received the newly appointed Ambassador Extraordinary and Plenipotentiary of the Republic of Turkey Olgan Bekar, the Uzbek Foreign Ministry said in a statement.

Accepting the copies of credentials, the Minister congratulated the Ambassador on his appointment and wished him success in strengthening the multifaceted and mutually beneficial cooperation between Uzbekistan and Turkey.

The parties exchanged views on the organization of the upcoming visit of Turkish Foreign Minister Mevlüt Çavuşoğlu to Uzbekistan.

Current issues of bilateral agenda with an emphasis on the development of trade-economic, investment, cultural-humanitarian ties were also discussed.

Other issues of mutual interest were also considered at the meeting.