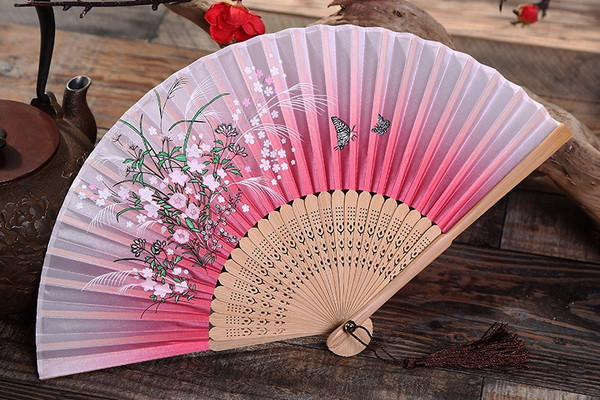 Exhibition “Traditional Japanese fans” to be held in Tashkent.

Exhibition “Traditional Japanese fans” to be held in Tashkent.

Tashkent, Uzbekistan (UzDaily.com) -- The Japanese Embassy in the Republic of Uzbekistan, the Ikuo Hirayama International Caravanserai of Culture of the Academy of Arts of Uzbekistan and the Uzbek-Japanese Center will hold an exhibition “Traditional Japanese fans”.

The exhibition will be held in Tashkent from 26 February to 15 March 2021. The exhibition features over 70 bright, exquisite fans.

The Japanese fan has an ancient history. Fans have been used in many areas of life, from performances in the theater to being used in battle as weapons. Fans served as magical amulets that ward off demons, they were used during tea ceremonies and temple rituals.

They could be symbols of sorrow and joy, attributes of weddings, holidays, celebrations or funerals. Fans are an integral part of the traditional Japanese costume, an accessory to Japanese everyday life and interior design, a convenient and beautiful accessory. This is an amazing invention that reflects the beauty and uniqueness of the Japanese flavor.

In the culture of the Land of the Rising Sun, historically, two main types of fans have developed: utiva and sensu.

Senseu is a folding fan made up of several plates. Such fans were a purely masculine attribute, but on special occasions they were also used by women as a personal notebook during tea ceremonies. Utiva is a flat fan in the shape of a kind of fan, made from a single piece of wood or from a wire frame, covered with silk, and is considered a purely Japanese invention.