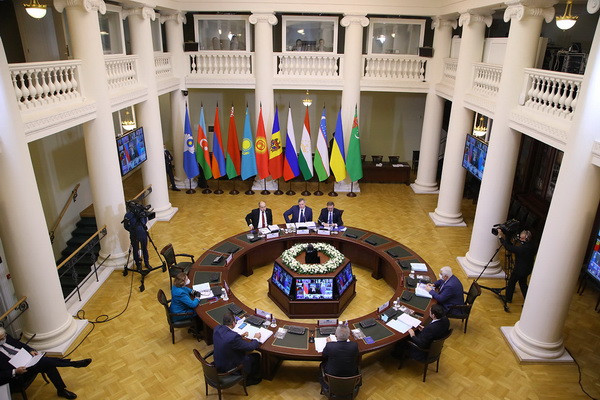 Chairman of the Senate attends meeting of the IPA CIS Council

Chairman of the Senate attends meeting of the IPA CIS Council

Tashkent, Uzbekistan (UzDaily.com) -- On 27 November 2020, a regular meeting of the IPA CIS Council was held in the format of the videoconference.

The participants in the meeting of the IPA CIS Council discussed the issue of legal support for measures to combat the coronavirus pandemic in the CIS countries.

Speaking at the meeting, the head of the upper chamber of the parliament of Uzbekistan Tanzila Narbaeva noted that in the current period of countering the pandemic, all countries face a number of tasks that require their solution.

In particular, in Uzbekistan, under the leadership of President Shavkat Mirziyoyev, regulatory and legal acts have been adopted aimed at strengthening social protection and health care, providing targeted assistance to the population, sectors of the economy and business.

A Special Republican Commission for Preventing the Spread of Coronavirus, headed by the Prime Minister, has been created and is operating, an Anti-Crisis Fund has been established, and a charity project has been launched as part of the “Generosity and Support” national movement.

In addition, great importance is attached to the consolidation of efforts in the international arena. So, at the 75th session of the General Assembly, the President of our country Shavkat Mirziyoyev came up with an initiative to develop and adopt, under the auspices of the United Nations, the International Code of Voluntary Commitments of States during a Pandemic. And during the recent SCO Summit, our President proposed to create a network of medical institutions to combat diseases causing epidemics, as well as to develop cooperation in the field of telemedicine.

The head of the upper house of parliament Tanzila Narbaeva, speaking, noted the interest in interaction with the parliaments of the IPA CIS member states in the implementation of these initiatives.

During the event, issues of the state and prospects of economic integration and its regulatory support in the Eurasian space, preparations for observing the elections to public authorities of the CIS countries in 2021, cooperation of the Interparliamentary Assembly of the CIS Member States and the Parliamentary Assembly of the Council of Europe and other issues were also considered.