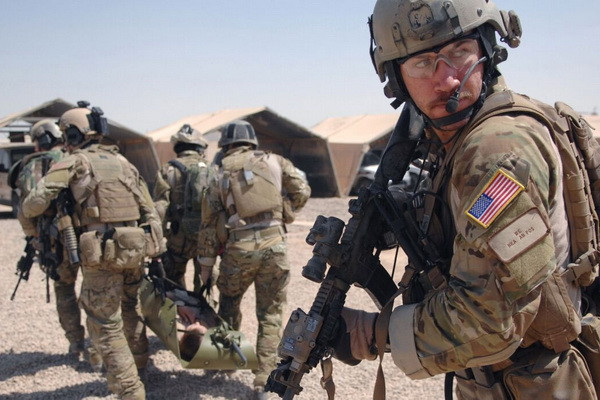 Tashkent, Uzbekistan (UzDaily.com) – The US President Donald Trump, in the context of fulfilling his election promise to end the wars waged by the United States and return the troops home, announced another reduction of the American military presence in Iraq to 2,500 people by 15 January 2021. Given that Iraq is a key country in the Middle East, the situation in which affects the entire region, the expert community is trying to predict the military-political consequences of this decision by Washington.

Analysts draw attention to the fact that reducing the number of US troops to a minimum will make it difficult for the military contingent to carry out the tasks facing them in Iraq, undermine the fragile security in the country, and also negatively affect the situation in the region in terms of ensuring security.

So, shortly after the announcement of the withdrawal of American troops was made, the "green zone" of Baghdad came under rocket fire. The "Green Zone" is a heavily fortified area of the Iraqi capital, in which foreign embassies are located, incl. USA.

Shiite militias, the so-called Shia militias are believed to be behind the attacks. The Iraqi People’s Mobilization Force (NSM), supported by Tehran. With a further reduction in the US presence, a surge in the activity of such groups is possible and the number of military operations they conduct will increase.

Although the international coalition against ISIS announced the defeat of the organization, the militants have since regrouped and pose a serious threat. The group was able to use the latest events in Iraq (public protests since October last year, the resignation of the government, the withdrawal of American troops) as significant operational opportunities.

In general, reducing American troops to a minimum will accelerate the growth of Iran’s influence in the region and serve to further revive ISIS. And given the presence of militants from various countries, including Afghanistan and the Central Asian states, in the group, it will lead to the strengthening of the position of international terrorism.

The combination of the Iraqi government’s decline in power and the vacuum created by the US decision endangers Iraq, with Iran and ISIS potentially becoming the direct beneficiaries of a US military cutback in the region.