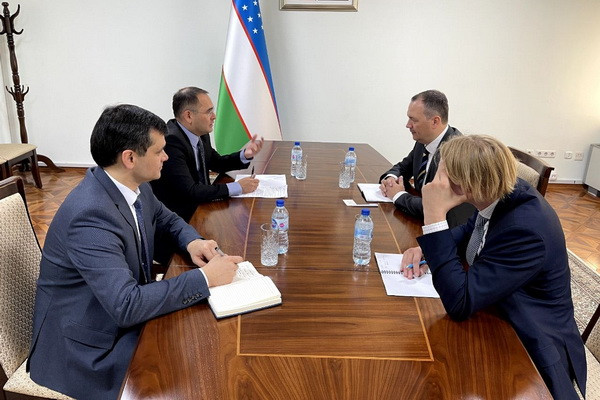 Tashkent, Uzbekistan (UzDaily.com) -- On 6 October 2022, a meeting was held at the Ministry of Foreign Affairs of Uzbekistan with the Ambassador Extraordinary and Plenipotentiary of the Republic of Estonia with residence in Astana, Toomas Tirs.

During the conversation, topical issues of further development of Uzbek-Estonian cooperation, as well as expansion of the bilateral agenda, were discussed.

As a result of the meeting, agreements were reached on working out the dates for holding the next round of inter-MFA political consultations by the end of this year, as well as organizing a mission of Estonian business circles to Uzbekistan in early 2023.