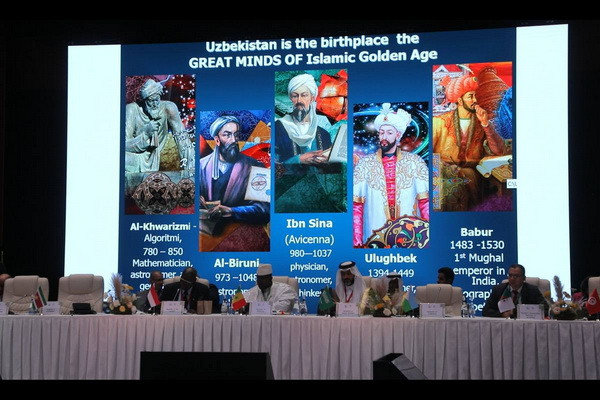 Khiva is the tourist capital of the Islamic world in 2024

Khiva is the tourist capital of the Islamic world in 2024

Tashkent, Uzbekistan (UzDaily.com) -- Within the framework of the XI session of the Organization of Islamic Cooperation, for the first time, a decision was made to declare Khiva the "Tourism Capital of the Islamic World".

Members of the Organization of Islamic Cooperation (OIC) recognized the reforms carried out by the President of the Republic of Uzbekistan Shavkat Mirziyoyev in the field of tourism - visa facilitation, preservation of cultural heritage and improvement of historical cities as key factors for victory.

Separately, work was noted to restore the historical appearance of Khiva, restoration and conservation work, as well as the dismantling of electric poles, creating conditions for a greater flow of tourists, improving infrastructure, building 5-star hotels, boutique hotels and hostels. In addition, the favorable conditions created for entrepreneurs in the field of tourism and related industries were highly appreciated.

“Within the framework of the Year of the capital of tourism of the Islamic world in Khiva, a meeting of tourism ministers and heads of tourism administrations of 57 OIC member countries, scientific conferences, workshops, photo exhibitions, art expositions will be organized and held at a high level, revealing the potential of pilgrimage tourism in the Republic Uzbekistan. On the basis of the Silk Road International University of Tourism and Cultural Heritage, founded on the initiative of the President of the Republic of Uzbekistan in 2018, a number of events will be held to promote the discovery and expansion of opportunities in the field of science and education with the participation of scientists and researchers from OIC member countries”, - said the head of the delegation of Uzbekistan, Deputy Prime Minister, Minister of Tourism and Cultural Heritage Aziz Abdukhakimov.

5 cities claimed the title of the tourist capital of the Islamic world:

In the last year, there was a tense struggle between these cities for the victory in the nomination. However, as a result of Uzbekistan’s efforts in this direction, it was decided to award Khiva the status of "Tourism Capital of the Islamic World".

It should be noted that, at the direction of the Head of our state, the Ministry of Tourism and Cultural Heritage of the Republic of Uzbekistan has been carrying out systematic work since 2019 to achieve such a high result. Over the past period, presentations, meetings and negotiations were held with the heads of tourism administrations of the OIC member countries.