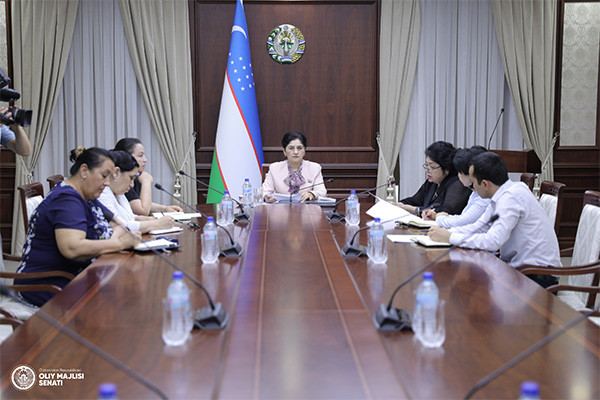 A proposal was made that the Constitution should enshrine that, along with motherhood and childhood, fatherhood is also under the protection of the state

A proposal was made that the Constitution should enshrine that, along with motherhood and childhood, fatherhood is also under the protection of the state

Tashkent, Uzbekistan (UzDaily.com) -- With the participation of members of the Senate Committee of the Oliy Majlis on Women and Gender Equality, experts and activists, a meeting was held on the ongoing constitutional reforms in the country. This was reported by the press service of the Senate.

At the event, it was especially noted that the participation in these processes of all segments of the population with their proposals and recommendations, including women, contributes to our Basic Law truly becoming a people’s document.

The participants expressed their proposals for a number of amendments to the current Constitution based on the principle "In the name of human dignity".

In particular, proposals were made to ensure state protection of the rights of not only minors, disabled and lonely elderly people, but also the rights of women who find themselves in a difficult life situation and become victims of crimes, to guarantee by the state women and men equal opportunities in exercising their rights, as well as equal wages for women and men.

In addition, a lot of proposals were also made to introduce amendments and additions to the Constitution. In particular, marriage is based on the free consent and equality of men and women, fatherhood, along with motherhood and childhood, is protected by the state, and proposals are made to further expand the terms of activity and powers of people’s deputies and local Kengashes.

In turn, more than 40 proposals were summarized and submitted to the Constitutional Commission.