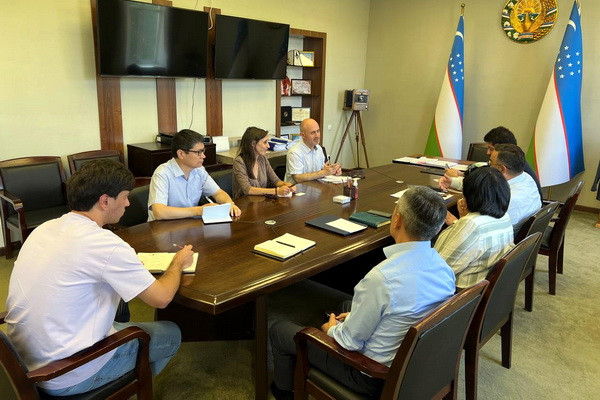 Days of French cinema to be held in Tashkent

Days of French cinema to be held in Tashkent

Tashkent, Uzbekistan (UzDaily.com) -- Participants and guests of the XIV International Tashkent Film Festival "Pearl of the Silk Road" will be able to see the best films of French cinema.

An agreement on this was reached at the Cinematography Agency of Uzbekistan at a meeting with the regional attache for audiovisual cooperation Emanuelle Faucillon, who specially arrived in Tashkent for negotiations.

The meeting was also attended by the Advisor for Culture and Cooperation of the French Embassy in Uzbekistan Laurent Auriol.

“We are interested in popularizing our films in Uzbekistan, especially at an event of such a high level as the International Tashkent Film Festival. We plan to bring a new film to Uzbekistan, which has not been presented anywhere yet. I hope that the French Film Days will be successful, and we will find other potential areas of cooperation between France and Uzbekistan in the field of cinema,” said Emanuelle Faucillon, regional attache for audiovisual cooperation.

Director General of the Cinematography Agency Firdavs Abdukhalikov spoke about plans for cooperation with France and some details of preparations for the film festival.

“The International Tashkent Film Festival, revived on the initiative of the President of Uzbekistan, will also be held this year, in the fall. Active negotiations are already underway with Italy, Romania, Slovakia, Algeria, Egypt, and all the SCO countries on holding their film days at the film festival. As for France, we are glad that the audience will be able to see the best examples of French cinema, because it is France that is the ancestor of cinematography,” said Firdavs Abdukhalikov.

In the near future, the French and Uzbek sides will approve the film poster of the films and discuss other details of holding the Days of French Cinema in Tashkent.

In addition, an agreement was reached to hold the Days of Cinema of Uzbekistan in France next autumn.

The issues of cooperation between the Centers for the Development of Cinematography of France and Uzbekistan, the exchange of students, as well as the invitation of French filmmakers to give lectures and master classes to students of the Tashkent branch of VGIK were also discussed.