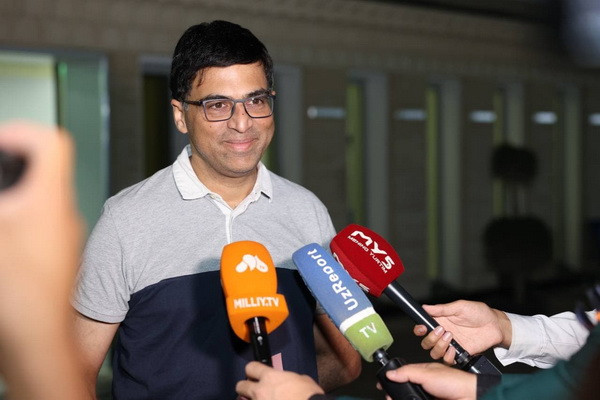 Tashkent, Uzbekistan (UzDaily.com) -- Five-time winner of the chess Oscar, Viswanathan Anand, is the only chess player on the planet who became world champion in three systems at once: round robin, knockout system and match, flew to Uzbekistan.

World chess champion Viswanathan Anand will take part in the Tashkent chess tournament "Zakovat-Gambit" which will be held from 10 to 15 August. The prize fund will be 610 million soums.

The organizers of the major chess tournament are the Mass Media Support Fund, the NGO Zakovat, the Agency for Youth Affairs and the SkyChess chess school.

All Uzbeks will be able to take part in it: there are no age and rating restrictions in the tournament.