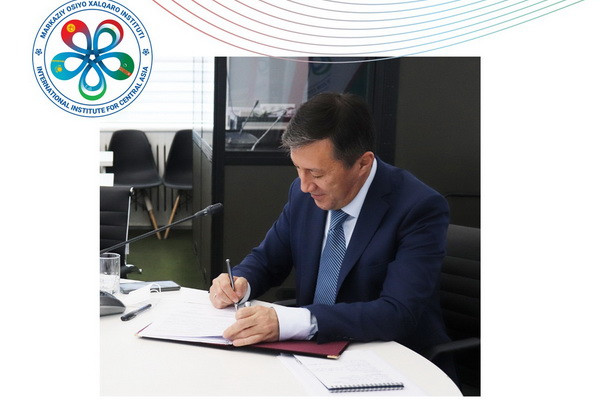 Tashkent, Uzbekistan (UzDaily.com) – On 7 May 2021, the International Institute of Central Asia, as part of the ongoing work to establish close ties with foreign research centers, held a round table in the format of videoconference with Chinese colleagues from Shaanxi Normal University.

From the Chinese side, the President of Shaanxi Normal University Yu Xujun, Vice President Ren Xiaowei, and Director of the Center for Joint Research of the Belt and Road Initiative and Central Asia Li Qi took part in the event.

It was emphasized that thanks to the political will of the Leaders of the two states and joint efforts, a high level of Uzbek-Chinese relations of friendship and comprehensive strategic partnership has been achieved in recent years.

The fruitful telephone conversation held on April 29 between the President of the Republic of Uzbekistan Shavkat Mirziyoyev and the Chairman of the People’s Republic of China Xi Jinping laid a solid foundation for further deepening and dynamic development of multifaceted practical cooperation between the two countries in all areas.

The parties noted that the upcoming meeting of foreign ministers in the "Central Asia - People’s Republic of China" format in the city of Xi’an on 11-12 May 2021 will serve to further strengthen mutually beneficial cooperation in the region.

President of Shaanxi Normal University, Yu Xujun, for his part, noted the key role of Uzbekistan in the region and deep historical, economic, cultural and humanitarian ties between China and our country and stressed that cooperation between the two structures fully meets the spirit of Uzbek-Chinese interaction.

In addition, during the meeting, the prospects for establishing cooperation between MICA and the Shaanxi Pedagogical University were discussed, and concrete steps for further cooperation were outlined.

The meeting participants also considered the possibilities of holding joint events in both bilateral and multilateral formats with the participation of representatives of all Central Asian countries.

Following the talks, Director of the International Institute of Central Asia Anvar Nasirov and President of Shaanxi Pedagogical University Yu Xujun in the online format signed a Cooperation Agreement.

Shaanxi State Pedagogical University was founded in 1944 in Xi’an, Shaanxi Province (PRC). It is one of 6 Normal Universities directly managed by the Ministry of Education of China. The University is a base for training management and teaching personnel in the field of education.

The University has a solid reputation as the "cradle of education" in northwestern China.