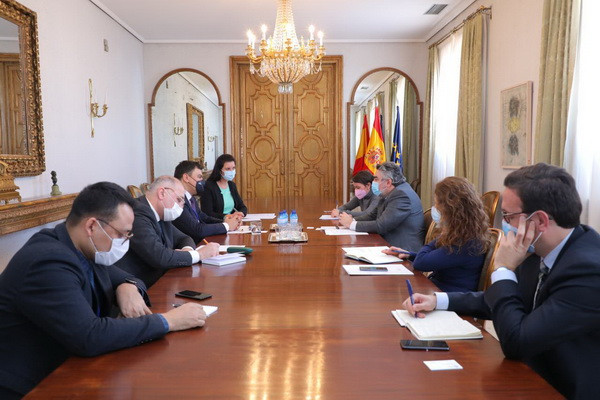 After the introductory part of the event, the head of the Uzbek delegation - Deputy Prime Minister, Chairman of the State Committee for Tourism Development Aziz Abdukhakimov was the first speaker who took the stage.

During his speech the Deputy PM raised two issues as nominating Uzbekistan’s candidacy to the UNWTO Executive Council in 2021-2023 and ongoing reforms in the country and plans for the near future. Uzbekistan was seen as a potential candidate nominated to the Executive Council among other candidates at the event. Undoubtedly, the membership in the Executive Council of the Organization contributes to the direct participation of Uzbekistan in the global tourism policy and the protection of the interests of our country.

The second issue discussed in the session was organizing the 25th session of the UNWTO General Assembly in 2023 in Samarkand. To the attention of the participants information on the large-scale projects on preparing Samarkand for international events that are planned for the next three years was provided.

If the proposal is accepted, the first General Assembly of UN structural divisions in 2023 will be held in Uzbekistan. A. Abduhakimov commenting on the initiative stated:  "Hosting the General Assembly will increase the income of the tourism industry by attracting the attention of the world media, leading representatives of the world tourism industry, businessmen and investors to Uzbekistan, organizing visits of more than 2,000 delegations from 158 member states".