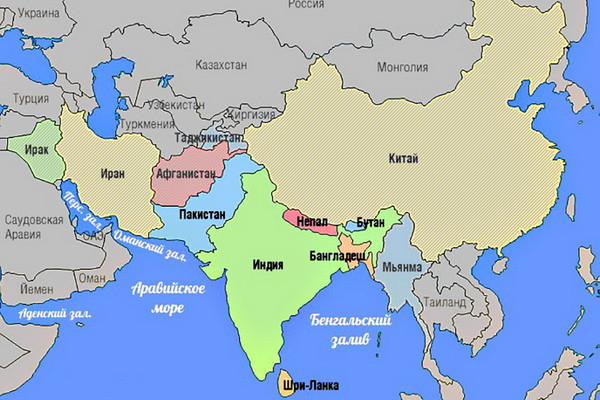 Tashkent, Uzbekistan (UzDaily.com) -- President of the Republic of Uzbekistan Shavkat Mirziyoyev in his annual message to the Oliy Majlis on 29 December 2020, identified the priority directions of the country’s foreign policy in 2021.

In his speech, the President of Uzbekistan Shavkat Mirziyoyev singled out South Asia, pointing out that “today we have taken the first practical steps to implement the project for the construction of the Trans-Afghan transport corridor, which will connect Central Asia with the Indian Ocean. Its implementation will serve to ensure stability and sustainable economic development throughout the region.”

In order to accelerate the implementation of projects, a "High-Level International Conference on Interaction between Our Region and South Asia" was announced, which is to be held this year in Tashkent.

Central and South Asia are linked by deep historical roots, which date back to the period before our era. The Great Silk Road was a good basis for the development of interregional cooperation. However, after the conquest of Central Asia by Russia, and the Indian Peninsula by Great Britain, relations between the regions were interrupted.

After the formation of the independent states of Central Asia, attempts were made to restore historical ties. To this end, back in the first half of the 1990s, the idea of a trans-Afghan transport corridor was discussed, which would provide the Central Asian republics with the shortest access to the World Ocean, and Pakistan - the possibility of strengthening in the markets of Central Asia and, in the future, access to the CIS market.

However, the ongoing Afghan conflict and discrepancies over its regulation forced these plans to be postponed and, moreover, prevented the implementation of the rather modest Turkmenistan-Afghanistan-Pakistan-India trans-Afghan gas pipeline project, which was first discussed back in the mid-1990s, but remains “on paper” at the present time as well.

At the beginning of the 21st century, after the start of the international anti-terrorist campaign, the center of which was Afghanistan, hopes for establishing direct ties between Central and South Asia were again put on the international agenda, but the inability to reach a settlement of the Afghan conflict forced these plans to be postponed again.

Currently, after the conclusion of an agreement between the Taliban and the United States in February 2020, part of which became a commitment to launch a peace process, hopes for peace or at least relative security in Afghanistan have become catalysts for the activation of new projects of interregional transport corridors.

As the President of Uzbekistan Shavkat Mirziyoyev noted “The Tashkent International Conference has laid a solid foundation for promoting global efforts to resolve the Afghan problem,” and “we are firmly convinced that the long-awaited peace will come in neighboring Afghanistan, and we will continue to provide all-round assistance in this noble cause.”

Peace in Afghanistan is still the main condition for the successful implementation of trans-Afghan transport and communication projects, and its achievement can completely change the geopolitics of Central Asia.

Especially in conditions when "all of humanity is going through a global crisis due to the coronavirus pandemic", "the biggest disaster on a global scale in a hundred years."

The opening of the shortest access to the World Ocean will entail the redirection of a significant part of the trade turnover to the south, which until now has had only a limited impact on the trade routes of the Central Asian countries, including Uzbekistan.