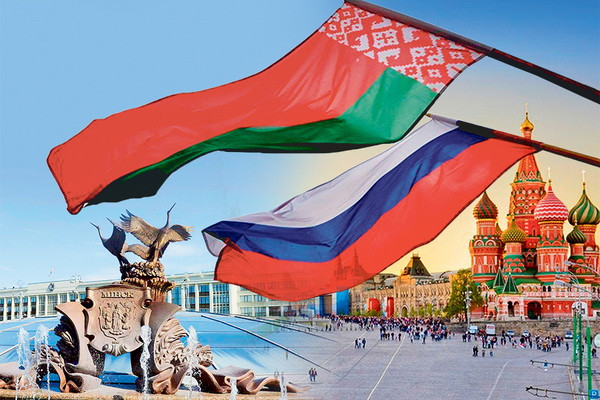 Tashkent, Uzbekistan (UzDaily.com) – In the development of the situation in and around Belarus, two main multidirectional tendencies of the Belarusian crisis, initiated, on the one hand, by the countries of the so-called. "Collective West", and on the other - Russia.

I. The main task of the West is to separate Belarus from the Russian Federation and to create on its borders another zone of instability, following the example of Ukraine. The main thesis, which is being promoted through the opposition controlled by the Western states, is the assertion that A. Lukashenko is illegitimate and anti-democratic.

To achieve their goals, Western democracies continue to actively promote the so-called. S. Tikhanovskaya, the “leader of the Belarusian opposition abroad,” whose activities and statements are used as a pretext for increasing pressure on A. Lukashenko.

In order to give more legitimacy to her creature S. Tikhanovskaya in the eyes of the international community, negotiations were organized with representatives of the UN and OSCE, during which the leader of the Belarusian opposition tried to win over these international organizations in resolving the conflict in Belarus.

The resolution of the situation with the elections in the United States in favor of J. Biden will further strengthen these processes. Unlike his predecessor, Joe Biden spoke harshly about the situation in Belarus, condemning “human rights violations committed by the dictatorial regime of A. Lukashenko”. The Democratic candidate promised that after his election he would significantly "expand the sanctions against the dictator and his entourage."

Against this background, the Washington Times on its pages has already called on the future US President J. Biden to invite S. Tikhanovskaya to his inauguration "to show the world that America again supports democracy." On 28 November, S. Tikhanovskaya announced her meeting with J. Biden, stating that she had received a personal invitation from him. A number of Russian and foreign media outlets suggest that the meeting could take place at the White House during the inauguration ceremony on 20 January 2021.

It seems that during the period of taking power and determining the priority steps in domestic and foreign policy, the activities of the Biden administration on the Belarusian track will mostly be limited to anti-Lukashenka rhetoric in international organizations.

However, in the medium term, a tightening of American positions on this issue and a noticeable increase in pressure on A. Lukashenko and Belarus in general are expected.

This can be evidenced by the information disseminated on the Internet that S. Tikhanovskaya was recently invited to the US Embassy in Lithuania. The American diplomatic mission of S. Tikhanovskaya allegedly reported that J. Biden could recognize her as the president of Belarus (by analogy with J. Guaido in Venezuela), thereby aggravating the conflict with the Belarusian authorities and the Kremlin supporting them.

II. The Russian leadership is clearly aware that the “loss” of Belarus will not only cause serious damage to the image of the Russian Federation in the international arena, but can also significantly complicate all the integration processes that the Kremlin is promoting in the post-Soviet space. In addition, the victory of the opposition will nullify all financial and industrial schemes established by the Russian "oligarchy" in Belarus, as happened in Ukraine.

On the other hand, it is becoming more and more obvious that the preservation of A. Lukashenko at the head of this country may lead to the prevailing anti-Russian sentiments in the Belarusian society. Thus, the "Ukrainization" of Belarus becomes inevitable.

In this regard, it seems that the Russian leadership is using the tactics of "smooth power change", prompting A. Lukashenko to complete the constitutional reform and thus transfer power to a pro-Russian candidate, which will not only keep Minsk in Moscow’s orbit, but also provide an opportunity to strengthen integration processes within the framework of Union State.

This is connected with the statements of A. Lukashenko that he is in favor of making amendments to the constitution in view of the fact that today the president has too broad powers, where "everything depends on the president’s decision." It is also noteworthy that it was after the visit of Russian Foreign Minister S. Lavrov to Minsk on 26 November that the Belarusian president announced that after the adoption of the new constitution, he would not lead the country.

On the whole, it seems that the efforts of the opposing forces in Belarus are decisive for the further development of the situation in this country. At the same time, the severity and duration of the Belarusian crisis will depend on the extent to which Russia and the Western countries are ready to escalate, defending their interests at this point in Europe.