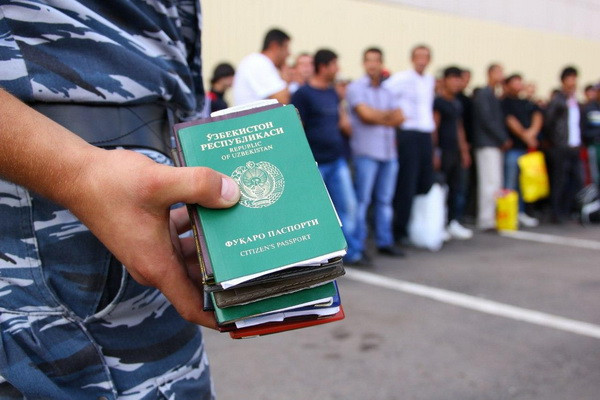 Tashkent, Uzbekistan (UzDaily.com) -- Yuri Kofner, a junior economist at the Munich Institute for the Study of Market Integration and Economic Policy, commented on labor migration in Uzbekistan and the importance of the Eurasian labor market for the Republic of Uzbekistan.

According to the International Labor Organization, the average unemployment rate in Uzbekistan over the past 10 years was 5-6%, and for young people and with a low level of education, this figure will become even higher.

Yuri Kofman believes that labor migration is an important tool for solving two problems. First, the receipt of economic income (remittances of citizens of Uzbekistan living abroad accounted for about 13.5% of the GDP of the Republic of Uzbekistan). Secondly, reducing pressure on the labor market and social tension.

The EAEU has a common labor market, which contributes to the successful Eurasian integration. Labor migrants working in the EAEU have the same rights in all countries of this union and can work in many industries without additional requirements. Educational documents, in addition to a number of small exceptions, are recognized in many EAEU countries, migrants and their family members have every right to basic health care and insurance, and study free of charge in schools and universities. Migrant workers can have the status of a resident of the country for tax purposes, that is, they can pay taxes not as foreigners, but as local workers. In many EAEU countries, work experience in Russia is recognized for the appointment of a pension.

The Eurasian labor market is of great importance for Uzbekistan: for example, in 2017, 1.5 million citizens of Uzbekistan worked in the EAEU countries and transferred more than US$3 billion to Uzbekistan, about 6% of the GDP of the Republic of Uzbekistan.

At the same time, labor migration is beneficial not only for donor countries, but also for host countries. For example, analysts from the Skolsk Institute for Emerging Markets Research found that for economic growth of somewhere in the 4-5% per year, an additional inflow of about 750 thousand labor migrants is required in Russia every year. Therefore, Russia simply needs labor migration.

Yuri Kofner carried out modeling using a partial equilibrium model and was able to estimate that if Tashkent becomes part of the common labor market of the EAEU, respectively, then the citizens of Uzbekistan will enjoy the same rights and obligations as the citizens of Armenia and Kyrgyzstan. Remittances of Uzbek citizens working in the EAEU countries will increase by about US$1.2 billion every year, and this is an additional 2.5% of Uzbekistan’s GDP, which is of great and important importance for the country.