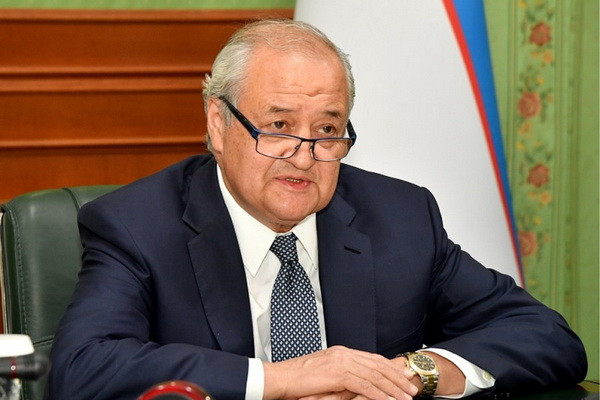 Central Asian countries are preparing an interstate document on friendship, good-neighborliness and cooperation

Central Asian countries are preparing an interstate document on friendship, good-neighborliness and cooperation

Tashkent, Uzbekistan (UzDaily.com) -- The countries of Central Asia are preparing an interstate document on friendship, good-neighborliness and cooperation for the development of Central Asia in the 21st century. This was stated in an interview with the Pravda Vostoka newspaper by the Minister of Foreign Affairs of Uzbekistan Abdulaziz Kamilov.

He noted that one of the most important international initiatives of President Shavkat Mirziyoyev, first announced at the 72nd session of the UN General Assembly, has been implemented - on the convocation of consultative meetings of the heads of state of Central Asia. This initiative received wide international recognition and was supported by all leaders of the states of the region.

“The first such meeting took place in Astana in 2018. The Second Consultative Summit of the Heads of Central Asian States was held in Tashkent on 29 November 2019. As a result, a historic Joint Statement by the participants of the consultative meeting was adopted, in which it was especially noted that “the trend towards regional rapprochement in Central Asia is a historically conditioned reality,” he added.

“The intensification of regional cooperation in the spheres of politics, security, maintaining stability and achieving sustainable development in the region meets the fundamental interests of the peoples of the Central Asian countries, contributes to the further strengthening of fraternal ties between them, serves to fully realize the enormous economic and civilizational potential of Central Asia,” Kamilov said.

He noted that at present the countries of the region are jointly preparing a five-sided interstate document on friendship, good-neighborliness and cooperation for the development of Central Asia in the 21st century.

The minister noted that over the past three years, on the initiative of the head of Uzbekistan, an exchange of visits at the highest level with all countries of the region took place. Political communication between the leaders of the states of the region has acquired a regular, constant and confidential character. In the course of such contacts, important joint decisions are made on regional and international issues of mutual interest for the countries of Central Asia: in the field of security, economy, investment, tourism, culture, health care and ecology.

“As a result, over a historically short period, there have been colossal changes for the better in the relations of Uzbekistan with all countries of the region. Many rather acute problems that existed in the relations of our country with its neighbors until 2016 have been removed thanks to the strengthening of an open and confidential political dialogue between the leaders of the countries of the region. Personal trust between the presidents has been strengthened,” he stressed.

“Our trade, economic, industrial and production ties with neighboring countries are developing dynamically. At the end of 2019, we increased our trade turnover with them to US$5.2 billion,” he said.

“In the first half of 2020, despite the pandemic, the total volume of trade between Uzbekistan and all Central Asian states made up US$2.17 billion,” added the Uzbek Foreign Minister.

“At the same time, today, speaking about close neighbors, we mean not only Kazakhstan, Kyrgyzstan, Tajikistan and Turkmenistan, but also Afghanistan,” he said.