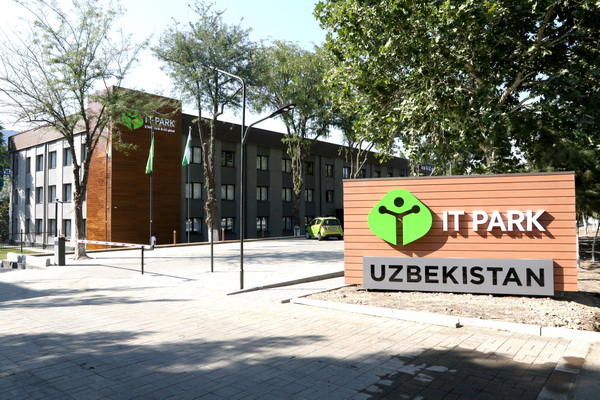 The first IT-park in Uzbekistan opened in Tashkent

The first IT-park in Uzbekistan opened in Tashkent

Tashkent, Uzbekistan (UzDaily.com) -- On 24 July, an official opening of the first in the Republic of Uzbekistan Technology Park of software products and information technologies - IT Park took place.

Guests of the gala evening during the tour of IT-Park familiarized themselves with the created ecosystem and infrastructure aimed at developing start-ups in the country.

Particular attention was paid to the first start-up team of IT-Park, which passed the selection of the Advisory Board, including 15 projects:

At the opening ceremony, the certificate was presented to the first startup project by the Minister for the Development of Information Technologies and Communications, Shukhrat Sadikov.

In the near future, it is planned to open not only three blocks of the IT Park, which include a co-working center, an IT academy, IT laboratories and even an IT hotel, but also branches throughout Uzbekistan for the development of IT entrepreneurship in the regions .

IT Park includes business incubation, acceleration and venture financing programs, as well as a complex of facilities, buildings, structures and equipment designed to ensure the launch and launch of promising start-up projects on the market.