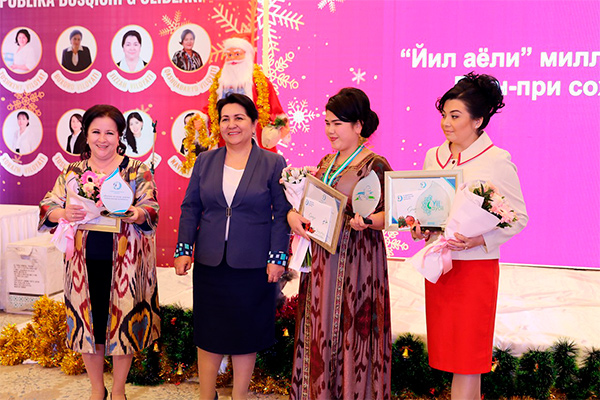 Tashkent, Uzbekistan (UzDaily.com) -- A solemn ceremony of awarding the winners of the national contest “Woman of the Year-2018” took place at the Interkontinental Hotel in Tashkent.

The regional stages of the contest “Woman of the Year - 2018” took place from December 1 to December 10, 2018, in which more than 800 women from different cities and districts of the republic took part. To participate in the republican stage, 10 nominees were recommended from each region, totaling 140 applicants.

The first place was taken by Feruza Safarova, the head of the department of spiritual and moral education and social protection of children in the Gurlan district of the Khorezm region.

The second place went to Umidakhon Yuldasheva, head of the private enterprise “Furkat Original Clothes”, specializing in the production of women’s and children’s clothing in the Fergana region.

In addition, on the same day, the Women’s Committee awarded the winners of the “Nafosat-2018” competition, which is organized to promote uniform styles of dresses of various professions, including the national and modern spirit, as well as the promotion of designers and fashion designers.

600 designers took part in the competition and 14 winners were identified.