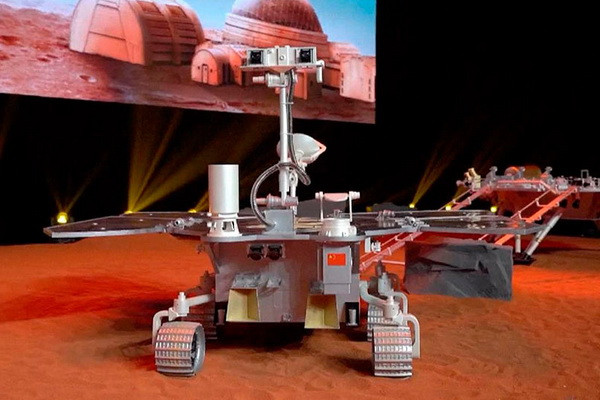 Tashkent, Uzbekistan (UzDaily.com) -- China has launched antennas to maintain communication with spacecraft that will participate in missions to explore the Moon and Mars, TASS reports citing China Daily.

The advanced equipment is located at the satellite control center in the city of Kashgar in northwestern China. It took almost two years to construct this facility, which houses four devices with a diameter of 35 m for transmitting and receiving radio signals.

"Each antenna is capable of operating independently and is independent of the others, so such a system will be able to track and monitor the location of many spacecraft hundreds of millions of kilometers from Earth," said the head of the radar station, Li Syhu.

According to him, the facility will interact with observatories in China and abroad. It is assumed that it will improve the efficiency of international cooperation in the field of astronomical observations.

As the project management clarified, the station is already being used to monitor the Chinese Tianwen-1 probe and the Chang’e-4 automatic interplanetary station. This will increase the monitoring coverage and improve the accuracy of data received from space. The center is expected to facilitate the mission to deliver lunar soil samples to Earth.

China is actively developing a national space program, developing meteorological, telecommunications and navigation satellites, as well as technologies for the exploration of the moon. In early August, Chinese scientists launched the first national project for the exploration of Mars, and they intend to begin intensive study of its surface in the near future. Among the promising Chinese programs is the study of asteroids and the extraction of minerals from them.