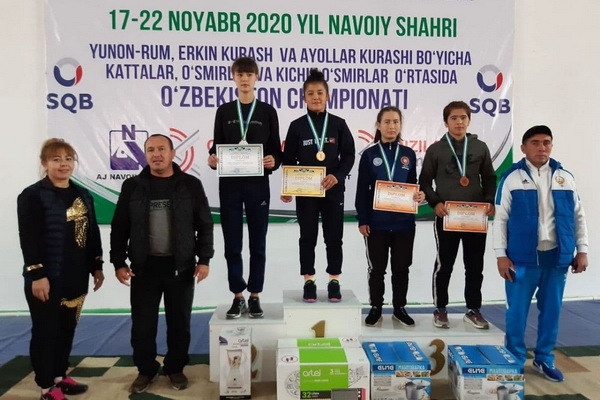 Tashkent, Uzbekistan (UzDaily.com) - In Navoi, the Uzbekistan championship in freestyle and women’s wrestling has ended in a specialized children’s and youth martial arts school.

It should be noted that the champion of Asia and the world among youth, the winner of the Youth Olympics Umidjon Jalolov, who previously performed in the weight category -57 kg, this time fought in the new weight - 61 kg. It is noteworthy that Jalolov managed to win a silver medal.

The legend of the Uzbek freestyle wrestling, two-time world champion, three-time winner of the Asian Games, Asian champion Dilshod Mansurov, who returned to the big sport a few years later, started successfully at the national championship. However, in the end, the 37-year-old wrestler failed to take prizes.