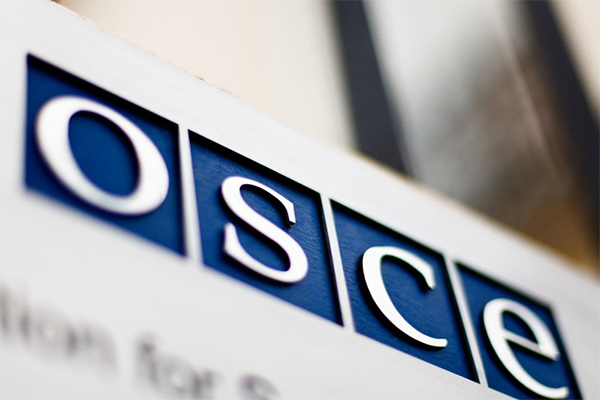 Tashkent, Uzbekistan (UzDaily.com) -- On 2 November, the Central Election Commission of Uzbekistan hosted a meeting with members of the core team of observers from the Office for Democratic Institutions and Human Rights (ODIHR) of the Organization for Security and Cooperation in Europe (OSCE), who arrived in our country to observe the pending presidential elections. The mission is headed by Johann Peter Traugott Tejler.

Chairman of the Central Election Commission Mirzo-Ulugbek Abdusalomov said that the cooperation of the CEC with ODIHR has been developing fruitfully with positive results. According to the report published on 21 October this year at the OSCE website, all the stages of the electoral campaign in Uzbekistan are carried out in a timely manner and within the approved Program of Major Activities for the preparations and conduct of elections of the President of the Republic of Uzbekistan.

Positive acclaim received the introduction in December 2015 of amendments and addenda to the laws on Elections of President of the Republic of Uzbekistan, on the Central Election Commission, and other acts of legislation immediately after the presidential elections that took place in March that year. Particular emphasis was placed on such amendments as the reduction in the required amount of signatures in support of the presidential candidate in order to facilitate the participation of political parties in the elections, the consolidation of the rules on the notion of pre-election campaigning, the types, forms and methods of its implementation, the formation of polling stations in places of detention, the definition of the timing, order and procedures for early voting, establishing the day of silence for the day before the ballot day. All of these changes have been made taking into account the previous recommendations of the OSCE ODIHR and meet universally recognized electoral standards.

The CEC has updated the regulations specifying the procedure for drawing up electoral lists, the nomination procedures and verification of signatures collected in their support, the organization of pre-election campaigning and funding it, complaints and appeals, including clearance of administrative offenses, as well as the rights and obligations of observers. It stresses the openness and transparency of the activities of election commissions, participation of the media, political parties and international observers in their meetings, the willingness of the CEC to promptly post all materials related to the election campaign on its official website.

During the meeting the sides exchanged views on the organization of the Mission of OSCE ODIHR, its interaction with the Central Election Commission in the framework of observing the presidential elections in Uzbekistan.

It should be noted that in addition to the core team, the OSCE ODIHR election observation mission also includes 20 long-term observers and 250 people short-term observers.

The objective of long-term observers, expected to arrive in Uzbekistan on November 5, is to monitor the various stages of the electoral process in the nation’s regions and provide mission participants with comprehensive information about the developments in the country. The long-term observers’ work allows ODIHR to compile a report on the electoral process in its entirety, including the summary of observation results across regions.

Worth noting is that the full-scale observation mission for the elections is sent to Uzbekistan for the first time at the invitation of the country’s Central Election Commission and in view of the nation’s readiness to hold the important political event in an open and transparent manner in accordance with universally recognized international electoral standards.