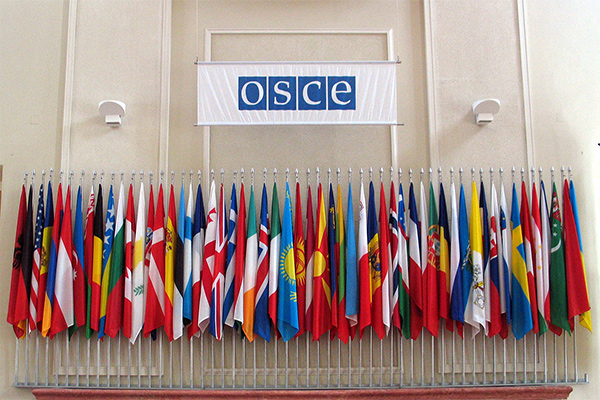 The report is based on conclusions of the Limited Election Observation Mission (LEOM) of the OSCE/ODIHR, which was directed to Uzbekistan on invitation of the Central Election Comission of Uzbekistan and in line with the recommendations of the mission on assessments of OSCE/ODIHR needs, which visited Uzbekistan on 28-30 October 2014.

The report includes observations of the mission from 2 to 11 December, which includes a main group, consisting 12 people, in Tashkent and long-term observers, consisting of 8 people, in all regions of Uzbekistan.

The LEOM has also established regular contacts with the CEC, government institutions involved in the election process, political parties and candidates, civil society and the media.

The report said that the upcoming elections are viewed as an important political event, especially since recent amendments to the Constitution envisage nomination of the Prime Minister by the party that obtains the largest number of seats in the lower chamber.

The electoral legislation has been amended since the last elections. Some of the introduced provisions addressed previous OSCE/ODIHR recommendations. Specifically, more detailed regulations were introduced with regard to election campaign activities and early voting procedures, a provision was introduced to enable observation of the EMU conference, and voting in places of pre-trial detention is now provided for by the law.

A new chapter on election-related offences was added to the Code on Administrative Responsibility. Introduced provisions pertain to such electoral offences as interference in the activity of election administration bodies, failure to comply with their decisions, violations of the rights of candidates, proxies, party agents or authorized representatives, violations of conditions and procedures of campaigning, including campaign financing, dissemination of false information about candidates and political parties, intentional destruction or damage of campaign materials, violation of regulations with regard to publication of the results of public opinion surveys and forecasts of election results.

Recent changes to the Constitution granted the CEC the status of a constitutional body and established independence, lawfulness, collegiality, transparency and fairness as the guiding principles of its work. CEC members are appointed by the two houses of the parliament, upon proposals of the regional councils, for indefinite terms.

The CEC maintains a webpage and has established the Republican Press Center tasked with informing the public about the electoral process and its activities. In an effort to inform voters and other stakeholders about the elections, the CEC organized a variety of public outreach activities, such as roundtable discussions with political party representatives, mahalla leadership, youth and women, training of journalists, press conferences and distribution of printed materials and videos on various aspects of the process, the report said.

The report said that four registered parties (UzLiDeP, Adolat, Milliy Tiklanish and People’s Democratic Party) started political parties launched their campaign by introducing their platforms and candidates to the public through electronic and printed media and by organizing meetings with voters throughout the country.

All four parties nominated candidates for all 135 constituencies. Since five candidates withdrew before the final list was declared on 15 November, the CEC registered 535 candidates, including 170 women (31.8 per cent).

The Election Law provides that candidates have equal rights and conditions for participation in elections. The law was amended in 2012 to prescribe types, forms and methods of election campaigning and allows other types, forms and methods as long as they are not prohibited by the law. Candidates and political parties must organize their campaign events in co-ordination with PECs. The parties and candidates have equal access to mass media and they can purchase time or space in state or non-state mass media.

The report said that authorized representatives of political parties can participate in vote counting along with other events, related to organization and holding elections. The Election Law provides for observation of elections by international observers from other countries, international organizations and associations.

The report also includes several recommendations of OSCE/ODIHR on further improving election process in Uzbekistan and introduction of centralized registration of voters.

Democratic Party of Uzbekistan Milliy Tiklanish formed a faction of the party at the Legislative Chamber of Oliy Majlis on 6 January 2015.

Central Election Commission of Uzbekistan published a list of registered MPs of the Legislative Chamber of Oliy Majlis of Uzbekistan, who were elected in the result of revote, which took place on 4 January 2015.

Central Office of the Political Council of Social Democratic Party of Uzbekistan “Adolat” held a session to form a faction of the party at the Legislative Chamber of Oliy Majlis of Uzbekistan. 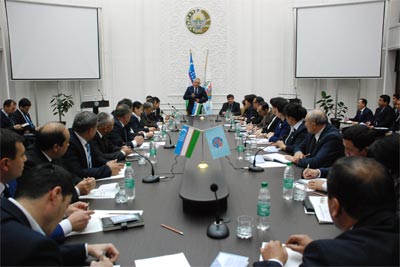 Chairperson of the Executive Committee of Political Council of the movement of entrepreneurs and business people – The Liberal-Democratic party of Uzbekistan (UzLiDeP) Sodiqjon Turdiev was elected as a chairperson of the party faction at the Legislative Chamber of Oliy Majlis of Uzbekistan.

Chairperson of the Central Council of People’s Democratic Party of Uzbekistan (PDPU) Hatamjon Ketmonov was elected as head of a faction of the party at the Legislative Chamber of Oliy Majlis of Uzbekistan. 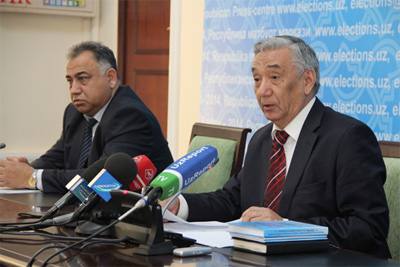 The movement of entrepreneurs and business people – The Liberal-Democratic party of Uzbekistan (UzLiDeP) won majority seats in the Legislative Chamber of Oliy Majlis of Uzbekistan in line with results of elections.