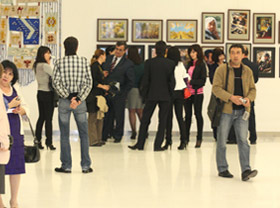 Tashkent, Uzbekistan (UzDaily.com) -- On 16 April, the Youth Creativity Palace opened its doors to welcome guests to the opening ceremony of an exhibition organized by the Fund Forum, IJOD Association of Artists, Art Critics and the Centre of National Arts.

The exhibition commemorated the first anniversary of the Association. The event was attended by over 150 guests among whom were culture and arts professionals, general public, members of the diplomatic corps and journalists.

Introductory speeches were provided by the director of the Centre of National Arts and art critic Elmira Akhmedova, who also read out a message of the chairperson of the Fund Forum’s Board of Trustees Gulnara Karimova; a ceramist, honorable art worker of Uzbekistan and academician Akbar Rakhimov; Second Secretary of the Embassy of Azerbaijan in Uzbekistan Sabukhi Akhmedov; poet Raim Farkhadi who recited a few of his poems, among others. The part also included a performance of songs and dances by Dur-Dona young ensemble.

The IJOD Association’s exhibition, which is dedicated to its first anniversary, presents masters of all generations and diverse kinds of art. Visitors have a unique opportunity to see all the diversity of traditional arts, whose development is supported by the Fund Forum. The event presents the entire spectrum of trends and directions of Uzbek painting, from realism to abstract art. Young artists’ works are reflected in art forms such as installations, vide art and photo collages.

On display are over 500 works, representing all kinds and directions in art, created by members of IJOD Association. Traditional embroidery harmonize with photos of modern Uzbekistan, multi-level installations and ceramics, patchwork and national fabrics, restored with the use of ancient weaving technologies.

The glowing repousse items, exquisite jewellery, unparalleled miniature patterns, technological video art and wood-carved ornaments as well as light lines of graphic images are sure to draw the attention of Uzbek art enthusiasts.

The exhibition will last until the middle of May. 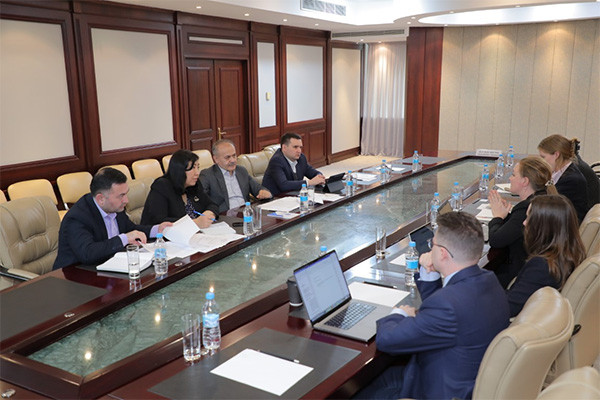 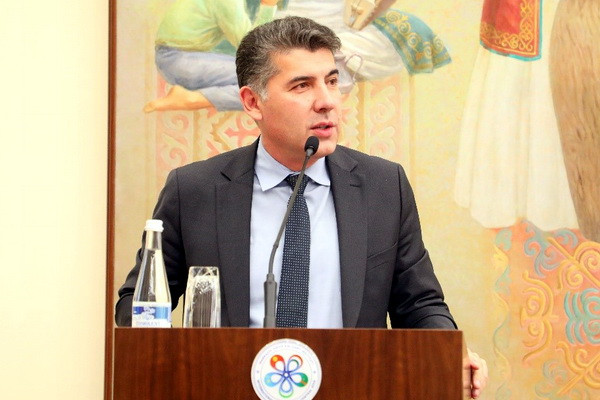 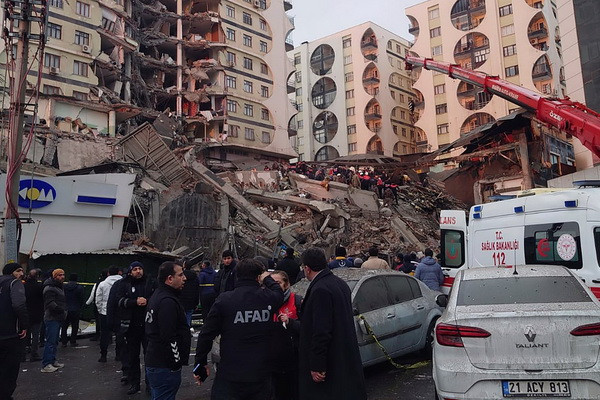