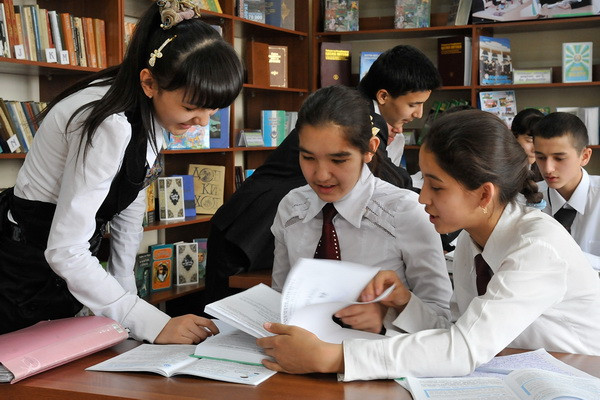 Tashkent, Uzbekistan (UzDaily.com) - A government resolution approved the Regulation on the procedure for material support for obtaining higher education for needy girls who have lost their parents or one of them, single women who do not have a breadwinner.

According to the regulation, the Council of Ministers of the Republic of Karakalpakstan, khokimiyats of regions and the city of Tashkent, starting from the 2021/2022 academic year, annually pay until the end of four academic years a contractual amount of payment for 25 enrolled in studies and 75 students in 2-4 courses (25 people with each year), for a total of 100 women.

A financially stable state university in accordance with the decision of their councils, up to 50 women study free of charge during the first year of study.

At the same time, students are issued educational loans for the subsequent years of study. Khokimiyats provide third parties with guarantees for applicants on their territory and provide them with jobs after graduation.

The selection of applicants is carried out according to the following criteria:

- needy girls whose father or mother or both have died;

- without a breadwinner, needy, single women.

At the same time, women who meet the above criteria, annually, within 10 days from the date of publication of the test results, submit a certificate of social status to the admissions committee of the university.

The state university within 5 days forms the list and sends the information to the khokimiyats in writing.

Accordingly, the commission for material support for obtaining higher education by needy girls who have lost their parents or one of them, single women who do not have a breadwinner, within 15 days (but no later than 15 September of each academic year) shall submit a list of applicants to the state university in writing. and conclusion on the signing of contracts and draws up contracts in the prescribed manner.

This procedure applies to students enrolled in 2-4 courses of bachelor's degree (full-time, part-time, evening forms of study) of a state university on a paid-contract basis.

This regulation does not apply to:

- Applicants who participated in the competition for the second and subsequent higher education;

If applicants change the university or the direction of study or are excluded from the number of students during the current academic year, this benefit cannot be used.

The results of the selection of candidates "Aziz-ayol.uz" will be announced through a single interactive national platform.