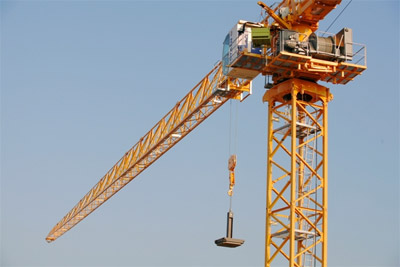 Tashkent, Uzbekistan (UzDaily.com) -- Shvabe holding of Rostec State Corporation will take part in the project of creating a "smart city" in the administrative center of Tashkent region - the city of Nurafshon. The trilateral agreement was signed during the international exhibition "Innoprom: Big Industrial Week in Uzbekistan 2021".

In the presence of the Minister of Industry and Trade of the Russian Federation Denis Manturov and the Minister of Investments and Foreign Trade of Uzbekistan Sardor Umurzakov, the document was signed by the First Deputy General Director of Shvabe - Director for Production and Industrial Policy Vadim Kalyugin, representative of UzEkolos Artem Tonyan and Head of the Directorate on the construction of the administrative center of the Tashkent region at the khokimiyat of the city of Nurafshon Sarvar Kadyrov.

“Under the terms of the agreement, the Shvabe holding will offer a number of products for the implementation of the project, including optics, medical and industrial equipment, as well as complex solutions for the “smart city”: lighting systems, energy saving, security, water treatment and wastewater disposal,” Vadim said after signing Kalyugin.

"Nurafshon Business City" is the first project in Uzbekistan with elements of a "smart city". The total area of the project is estimated at 246.2 hectares. As Sarvar Kadyrov emphasized, the technology of the collector communications system, planned for implementation by Russian partners, will become a new stage in the development of urban planning technologies in Uzbekistan.

“The construction and equipping of the administrative center in the city of Nurafshon is a large-scale complex project that requires maximum professionalism and dedication from each of the parties. Taking into account the competence and experience of the Shvabe holding specialists, their participation in the project guarantees the timely completion of the assigned tasks at the highest level,” noted Artem Tonyan.