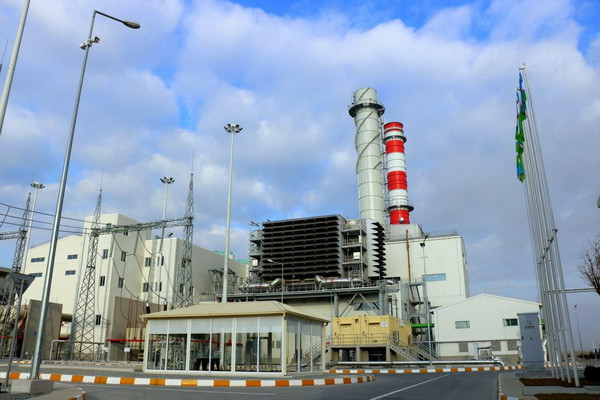 The third combined cycle plant will be built at Navoi TPP

The third combined cycle plant will be built at Navoi TPP

Tashkent, Uzbekistan (UzDaily.com) -- A project to build a third combined cycle plant (CCGT) with a capacity of 650 MW will be implemented at the Navoi thermal power plant in 5 years. The corresponding resolution was adopted by the Cabinet of Ministers of the Republic of Uzbekistan on September 9, 2020.

According to the resolution, the investment project will be implemented for the period 2020-2024. The document notes that the commissioning of the third CCGT unit will be aimed at the further development of generating capacities through the introduction of modern energy efficient technologies, the development of electrical networks in the northwestern part of the unified energy system of the republic in 2020-2026.

As a result of the introduction of the third combined cycle plant at the Navoi TPP, the power supply capabilities of the region's population and its rapidly growing economy will be increased. At the same time, the CCGT unit, based on the latest achievements in the field of energy conservation, will also allow the region to save up to 550-600 million cubic meters of natural gas per year.

In order to implement this project, an agreement was signed with the Japan International Development Agency (JICA) to provide a loan for a period of 30 years with a 10-year grace period in the amount of 128,246 million Japanese yen at the following annual interest rates:

for the construction of a combined cycle plant - 0.5%.

The loan will begin after the approval of the feasibility study of the investment project.

Thermal Power Plants JSC was appointed the contractor responsible for coordinating and monitoring the implementation of the investment project.

The project will be implemented with the provision of tax and customs benefits in accordance with the resolution of the President of the Republic of Uzbekistan dated July 16, 2018 No. PP-3857 "On measures to improve the efficiency of preparation and implementation of projects with international financial organizations and foreign state financial institutions."