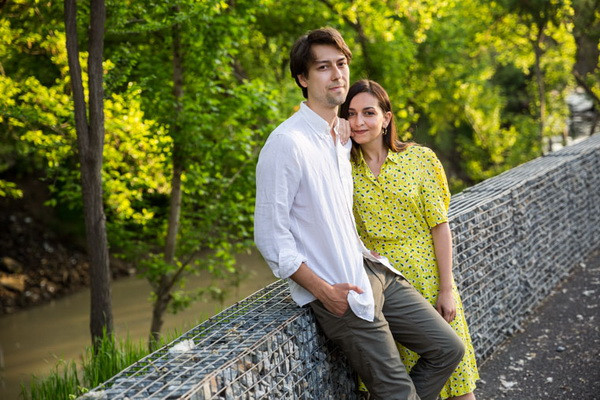 The lost in Uzbekistan: Italian bloggers travel the cities of the Silk Road

The lost in Uzbekistan: Italian bloggers travel the cities of the Silk Road

Tashkent, Uzbekistan (UzDaily.com) -- The authors of the popular travel blog “The Lost Avocado” Sara Izzi and Timur Tugalev visited Uzbekistan in April to talk about a new interesting tourist destination on the pages of their social networks. The team visited Copenhagen, New York, the mountains of Kyrgyzstan, traveled by car around Cuba and now arrived in Uzbekistan to shoot the next series of its Lost in project...

With the assistance of the State Tourism Development Committee of the Republic of Uzbekistan, Italian bloggers are planning to write quality and interesting travel guides to Uzbekistan.

Sarah Izzi and Timur Tugalev are authors of text blogs, their project is in the top ten most popular sites on tourism in Italy, and films are known all over the world. So in 2017, their project about Kyrgyzstan became the best according to the British magazine National Geographic Traveler. In 2018, the Italians won first place in the same prestigious competition for the film Lost in Cuba, shot in Cuba. Lost in Malta won the Vimeo Staff Pick Award, the project was shot with DJI, the world leader in drones.

Sarah, a tourism writer, writes for the largest print media about the tourist potential of 52 destinations.

Timur is a talented director who creates high-quality video content for the blog “The Lost Avocado”. Timur graduated from the prestigious Glasgow School of Art (Scotland) with a master’s degree in 3D animation and visual effects.

Sarah and Timur did not start their journey in Uzbekistan from the popular cities - Samarkand, Bukhara and Khiva, but visited the heart of Uzbekistan - the Ferghana Valley and at the end of their journey in the region they are now sure that a full-length film and a whole book can be created from the collected material.

In the Ferghana Valley, travelers met interesting people, were inspired by the works of craftsmen.

“The Ferghana Valley hides incredible treasures and is the guardian of traditions that should be known and preserved. In Margilan, we became acquainted with the production of silk and carpet weaving, in Rishtan we saw how ceramics are created world-famous. There is a whole dynasty in Rishtan, which has been engaged in ceramics for centuries, skill passes from generation to generation. This is a unique experience ー see it for yourself,” says Sarah.

At the Edgorlik factory, Italian bloggers studied the entire process of silk production from cocoon to yarn. Very simple people work at the factory, but they create real works of art, modestly taking their work as an everyday routine. This is the uniqueness of this noble land.

“First of all, it was important for us to remove ordinary people, their open hearts, hospitality. Being constantly in the creative search for successful angles, I want to show the best sides, the uniqueness of the place in which we are located. In Uzbekistan, an incredible architecture breathtaking scenery. I stayed literally at every step ー with each landscape and view you can write a picture! Now, from one trip to the Fergana Valley, we have received so much material that is enough for a whole documentary. And we still have a trip to the historical cities of Uzbekistan! - Timur shares his impressions.

The future plans of the guests to complete the trip to the historic cities of Uzbekistan, and the release in June of the first series of the project: Lost in Uzbekistan.