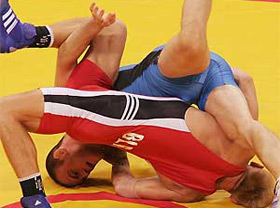 Qurbon Qurbanov will face Khetag Priev of Canada in his first bout. The winner will fight against Georg Gogshelidze for bronze medal of London Games.