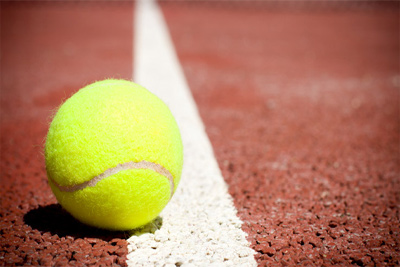 Top seeded and 27th ranked Alexandra Dulgheru survived a major scare from being 5-3 down in the third set and second seeded and 60th ranked local star Akgul Amanmuradova, 5th seeded and 81st ranked Romanian Monica Niculescu (Rom) scraped past their opponents in close three set encounters, while 4th seed and 72 ranked Elena Vesnina (Russia) and 7th seed and 103 ranked Russian Alla Kudryavtseva had a easy passage into the quarterfinals.

In the second round matches played today, unseeded and 109th ranked Evgeniya Rodina of Russia moved into the last eight at the expense of country mate third seed and 68th ranked Anna Chakvetadze 7-6 (4), 3-2 after the Russian retired due to Flu and fever after being on the court for 1 hour and 22 minutes.

Belarusian Darya Kutsova ranked 157th outplayed 6th seeded and 85th ranked Slovak Magdalena Rybarikova 6-2, 4-6, 6-3 in an 1 hour 50 minute battle, 121st ranked Stefanie Voegele of Switzerland caused the other upset of the day when she accounted for eighth seeded and 106th ranked Maria Elena Camerine of Italy 6-4, 6-1 in an 1hour 21 minute tussle and make it to the quarterfinals.

“I tried to play every point against her. It was tough to work for every point and it got tougher,” said Voegele, who became the first player to cause an upset in Tashkent.

Camerine said, “I was too tired. First it was my long flight and my main draw opener was also long as I played a three setter against Elena Bovina. But no excuses today, she (Stefanie) played well and deserved to win.”

On a bright and sunny day at Tashkent, it was a difficult day for the seeds as they battled it out, top seeded Romanian Alexandra Dulgheru went through a harrowing time before overcoming a spirited challenge from Ekaterina Bychkova 4-6, 6-1, 7-5 in a 1hour 56 minute encounter to move into the last 8.

“I am happy to survive. It was a close match. I made some crucial mistakes, which took the match into a close finish. B played well and I am happy to close and finish the match,” said Dulgheru.

The other seeds in action fourth seeded Russian Elena Vesnina outplayed Ukranian Olga Savchuk 6-2, 6-2 in match lastiing a hour, another Russian 7th seeded Alla Kudryavtseva had a relatively easy outing against country mate Alexandra Panova 6-4, 6-2 in 1 hour and 08 minutes to move to the last eight.