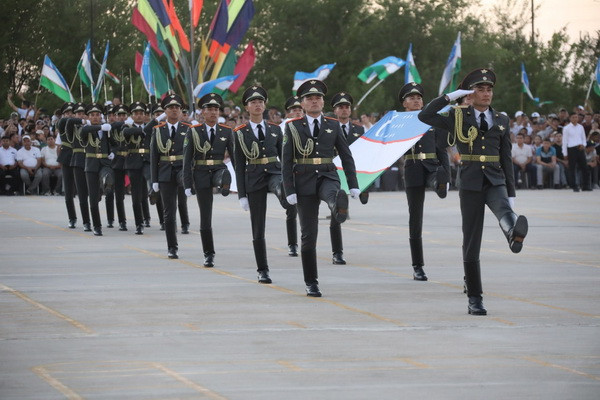 Tashkent, Uzbekistan (UzDaily.com) -- On 15 August, the "Master Gunsmith", "Safe Environment" and "Field Kitchen" competitions started at the Forish mountain training ground of the Central Military District, which are hosted by Uzbekistan as part of the VIII International Army Games "ARMI". -2022".

The Ministry of Defense held a press tour for media representatives of the republic in order to get acquainted with the competition process and the conditions created at the Forish training ground. A press conference was also organized, during which media representatives received answers from the speakers to all their questions.

Further, media representatives visited the territory where the "Field Kitchen" competition will be held and watched the skill of military chefs from different countries.

At 19:00 pm, the solemn opening ceremony of the competitions held by Uzbekistan as part of the International Army Games "ARMI-2022" began.

It was attended by senior officials of the Ministry of Defense of the Republic of Uzbekistan and the participating countries, senators, members of the Public Council under the defense department, representatives of state and public organizations, youth, the media, bloggers, as well as veterans of the Armed Forces.

During the event, a demonstration defile of the Central Military Band of the Ministry of Defense, a large concert program performed by famous creative teams and artists, as well as artistic performances reflecting the culture of different peoples were presented. Cadets of the Academy of the Armed Forces performed with demonstration performances with weapons.

In the International Army Games 2021, where 277 teams from 42 countries competed, the military personnel of our country participated in competitions in 24 areas. According to the results of the International Army Games, representatives of Uzbekistan won 4 gold, 9 silver and 4 bronze medals and took 2nd place in the team event, and 10 out of 37 record results were updated by the servicemen of our country.