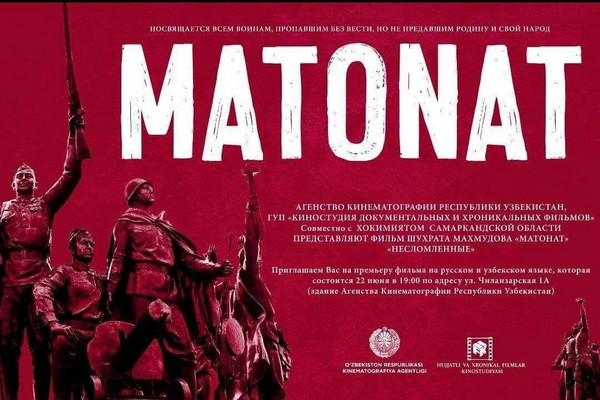 According to the Cinematography Agency of Uzbekistan, the main prize was also awarded to another Uzbek film – the feature film “Meros” directed by Khilol Nasimov.

The winner of the Grand Prix “Matonat” was shot in cooperation with the Cinematography Agency and the khokimiyat of Samarkand region. It tells the story of the tragic fate of 101 Uzbek soldiers who died in the Amersfoort concentration camp in the Netherlands.

The “Meros” tells about friendship, the unity of traditions and beliefs of the Uzbek and Kazakh peoples.