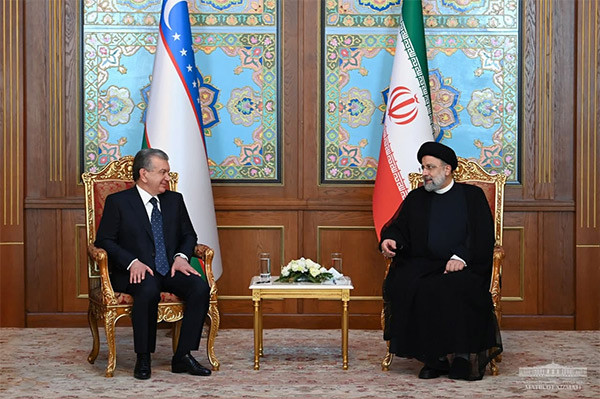 At the beginning of the conversation, the head of our state once again sincerely congratulated the President of Iran on his election to the highest state post, wishing him great success in his responsible work.

Special attention was paid to the issues of expanding practical cooperation.

Since the beginning of the year, there has been a steady growth in the indicators of mutual trade. Business projects in the field of agriculture, poultry and fish farming, food industry and other industries are being successfully implemented.

In order to support the dynamics of trade and economic ties and identify new "points of growth", an agreement was reached to intensify the activities of the joint Intergovernmental Commission.

In addition, at the level of authorized departments, the prospects for strengthening industrial cooperation on the basis of the “road map”, as well as the possibility of effectively using the transit potential of the two countries, will be thoroughly studied.

The heads of state also considered issues on the regional agenda, including in the context of the emerging situation in Afghanistan.