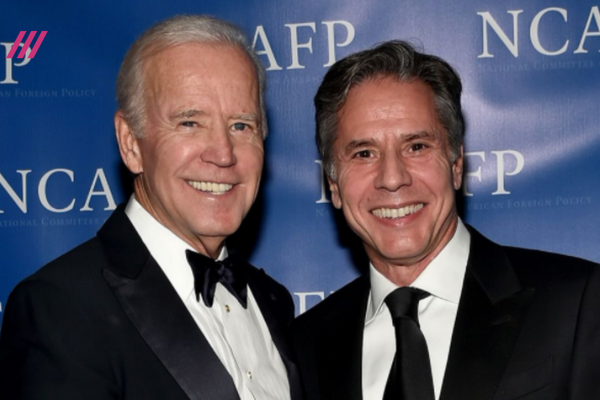 How will US foreign policy change with the arrival of a new secretary of state?

How will US foreign policy change with the arrival of a new secretary of state?

According to experts, the candidate for the post of Secretary of State will go through the Senate approval procedure without difficulties. Antony Blinken, who has centrist views, enjoys the support of both Democrats and Republicans.

1. The appointment of Antony Blinken to the post of US Secretary of State meets the tasks that Joe Biden outlined during the election campaign. His main goal in the White House will be the return of the United States to the international agreements from which Donald Trump came out.

First of all, this concerns the Paris Climate Agreement, participation in WHO and the Joint Comprehensive Plan of Action (JCPOA) on the Iranian nuclear program.

2. The choice of Antony Blinken’s candidacy may lead to a change in Washington’s policy towards Beijing, which has become aggravated under the current president. At the same time, it is possible that he will reduce tensions on trade issues, but stick to a tougher line due to sensitive issues in the South China Sea and over Taiwan.

3. With regard to Russia, Antony Blinken has established views. He has established himself as a consistent hardliner. In his opinion, Moscow must be deterred from pursuing a revanchist foreign policy. The main instrument of this containment is sanctions. Nevertheless, Moscow hopes that Antony Blinken will be a more predictable and professional partner than M. Pompeo.

In general, Antony Blinken’s nomination for the post of US Secretary of State is assessed by experts as the intention of the new White House administration to return to its previous international strategy of promoting American interests by maintaining a world order favorable to Washington.

Anthony John Blinken was born in 1962 in New York (USA). He received a prestigious college degree, graduating from Harvard Law School in 1984. In 1988 he received his Doctor of Laws degree from Columbia University.

His political career began in 1994-2001 with the beginning of work in the administration of US President Bill Clinton.

During these years, he worked as the president’s speechwriter on foreign policy issues, then served on the staff of the US National Security Council and in the end became a special assistant to the president, overseeing the problems of relations with Europe. In this post, he acquired extensive ties with the European establishment.

After joining the Republican Administration of President George W. Bush in 2001, he joined the leadership of the leading analytical "factory" of the Center for Strategic and International Studies in Washington. In 2002-2008, Blinken headed the apparatus of the Democratic faction of the US Senate Committee on Foreign Relations. Joe Biden was the chairman of this Committee.

During these years, politicians have established close working contacts. After the election of J. Biden to the post of vice-president, he invited Blinken to the post of his national security adviser, which he held in 2009-2013.

He took part in the development of the most important foreign policy decisions of the administration of President Barack Obama - the elimination of Osama bin Laden in 2011, the war against the "Islamic State". He played a key role in shaping US policy during the Crimean crisis. According to Blinken himself, "a broad and comprehensive sanctions regime" was extremely necessary to contain the closest circle of President Vladimir Putin.

After the change of administration in the White House in 2017, he founded the consulting firm West Exec Advisors with the former assistant to the US Secretary of Defense M. Flournoy, where he still works.