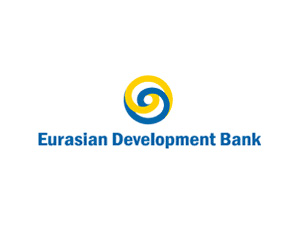 The Eurasian Development Bank (EADB), created at the initiative of Russia and Kazakhstan, has received an observer status at the Eurasian Economic Community (EurAsEC), Tajikistani President Emomali Rakhmon said after the EurAsEC Interstate Council’s meeting on Friday.

In his words, a legal basis of a customs union on the territory of the EurAsEC member countries was in the focus of the summit, Itar-Tass reported.

"We also adopted the organisation’s budget and made decisions on the issues connected with further EurAsEC activity," Rakhmon said.

"We should intensify integration processes, implement efficiently earlier decisions of the EurAsEC on the establishment of a free trade regime on the common customs territory and prospects for the formation of the common economic space," the president stressed.

Belarus, Kazakhstan, Kyrgyzstan, Russia, Tajikistan and Uzbekistan are the member countries of EurAsEC. Armenia and Ukraine have an observer status at the organization, the report said.

The Eurasian Development Bank is an international financial organisation that was instituted by Russia and Kazakhstan in January 2006.

The bank is headquartered in Almaty, Kazakhstan, and has its branch in St. Petersburg, Russia.

The bank was established in order to promote the development of market economy in EurAsEC member countries, their sustainable economic growth and enhancement of trade and economic contacts between them.

The bank should become one of the key financial instruments in Eurasia and an effective mechanism for the development of cooperation between its member countries in order to enhance integration processes and level up the social and economic development in the EurAsEC member states.

The presidents of Russia and Kazakhstan initiated the creation of the Eurasian Development Bank with the chartered capital of US$1.5 billion.

Under the founding documents, the bank’s chartered capital worth US$1.5 billion will be formed completely by the end of 2008 owing to Russia’s contribution worth one billion US dollars and US$500 million from Kazakhstan.

In 2007, the EADB net profit by international accounting standards increased four-fold to reach US$39.26 million.

The purpose of the bank is to carry out investment activities in the EurAsEC and CIS countries. Russia and Kazakhstan would invite new participants. Any other countries and international organisations may join the agreement on the creation of the Eurasian Development Bank.

The bank’s leadership had held talks with Belarus, Tajikistan, Kyrgyzstan and Armenia on the possibilities and terms of their accession to the bank.

All the above-mentioned countries expressed an interest in the accession to the bank.

It is expected that four new participants - countries and international organisations - will enter in the Eurasian Development Bank by 2010.