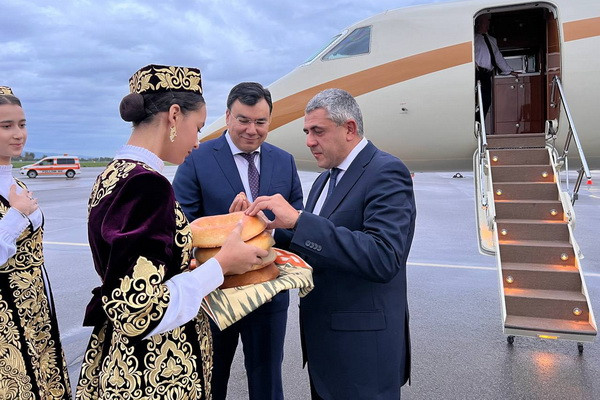 Secretary General of the World Tourism Organization arrives in Uzbekistan

Secretary General of the World Tourism Organization arrives in Uzbekistan

At the Samarkand International Airport, the distinguished guest was met by Deputy Prime Minister - Minister of Tourism and Cultural Heritage of the Republic of Uzbekistan Aziz Abdukhakimov.

During the visit, Zurab Pololikashvili took part in the Economic Forum of Uzbekistan.

It should be noted that in 2023 Uzbekistan will host the 25th anniversary session of the General Assembly of the World Tourism Organization.

This event will be held in Samarkand.

The WTO Secretary General visited the tourist village "Konigil" and the "Eternal City" in the tourist center of Samarkand. Pololikashvili emphasized the tourist potential of this place.