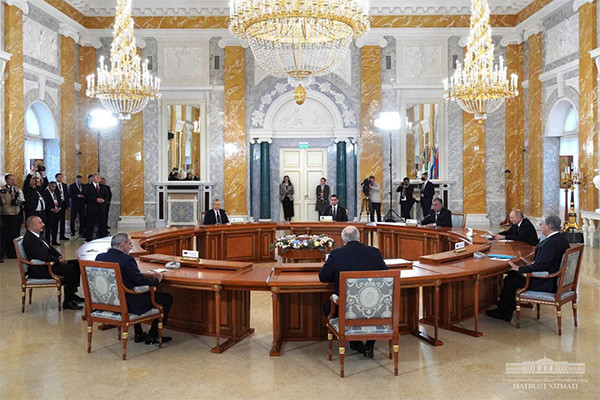 President of Uzbekistan takes part in the informal CIS summit

President of Uzbekistan takes part in the informal CIS summit

Tashkent, Uzbekistan (UzDaily.com) -- On 7 October, President of the Republic of Uzbekistan Shavkat Mirziyoyev took part in an informal meeting of the heads of state of the Commonwealth of Independent States, held at the initiative of Russian President Vladimir Putin in St. Petersburg.

Topical issues were considered in the context of preparations for the next meeting of the Council of Heads of States of the CIS Member States, to be held next week in Astana, Kazakhstan.

Important aspects of multilateral cooperation and regional cooperation were discussed. Particular attention was paid to the expansion of close partnership in trade, economic, investment, transport and communication areas.

On this, the working visit of the head of our state ended. The President left for Tashkent.